The Search for Extra Terrestrial Intelligence

Description - The Search for Extra Terrestrial Intelligence by David Lamb

Is SETI a genuine scientific research programme? The search for extraterrestrial intelligence (SETI) has been given fresh impetus in recent years following developments in space science which go beyond speculation. The evidence that many stars are accompanied by planets, the detection of organic material in the circumstellar disks of which planets are created, and claims regarding microfossils on Martian meteorites have all led to many new empirical searches. Against the background of these dramatic new developments in science, David Lamb evaluates claims to the contrary, and examines recent attempts to establish contact with other intelligent life forms. He also assesses competing theories on the origin of life on Earth, discoveries of former solar planets, proposals for space colonies and the consequent technical and ethical issues. Most importantly he considers the benefits and drawbacks of communication with new life forms: How we should communicate and whether we actually can.

Other Editions - The Search for Extra Terrestrial Intelligence by David Lamb 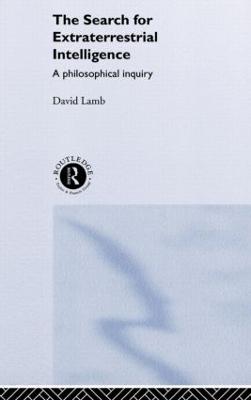 » Have you read this book? We'd like to know what you think about it - write a review about Search for Extra Terrestrial Intelligence book by David Lamb and you'll earn 50c in Boomerang Bucks loyalty dollars (you must be a Boomerang Books Account Holder - it's free to sign up and there are great benefits!)


A Preview for this title is currently not available.
More Books By David Lamb
View All

Righteous Jehu and his Evil Heirs: The Deuteronomist's Negative Perspective on Dynastic Succession
$189.90 $211.00