The Second-Person Perspective in Aquinas's Ethics

Description - The Second-Person Perspective in Aquinas's Ethics by Andrew Pinsent

Thomas Aquinas devoted a substantial proportion of his greatest works to the virtues. Yet, despite the availability of these texts (and centuries of commentary), Aquinas's virtue ethics remains mysterious, leaving readers with many unanswered questions.

In this book, Pinsent argues that the key to understanding Aquinas's approach is to be found in an association between: a) attributes he appends to the virtues, and b) interpersonal capacities investigated by the science of social cognition, especially in the context of autistic spectrum disorder. The book uses this research to argue that Aquinas's approach to the virtues is radically non-Aristotelian and founded on the concept of second-person relatedness.

To demonstrate the explanatory power of this principle, Pinsent shows how the second-person perspective gives interpretation to Aquinas's descriptions of the virtues and offers a key to long-standing problems, such as the reconciliation of magnanimity and humility. The principle of second-person relatedness also interprets acts that Aquinas describes as the fruition of the virtues. Pinsent concludes by considering how this approach may shape future developments in virtue ethics. 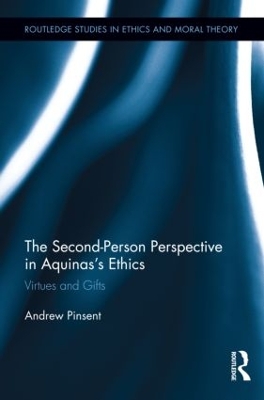 » Have you read this book? We'd like to know what you think about it - write a review about Second-Person Perspective in Aquinas's Ethics book by Andrew Pinsent and you'll earn 50c in Boomerang Bucks loyalty dollars (you must be a Boomerang Books Account Holder - it's free to sign up and there are great benefits!)

Andrew Pinsent is Research Director of the Ian Ramsey Centre for Science and Religion, University of Oxford.

A Preview for this title is currently not available.
More Books By Andrew Pinsent
View All