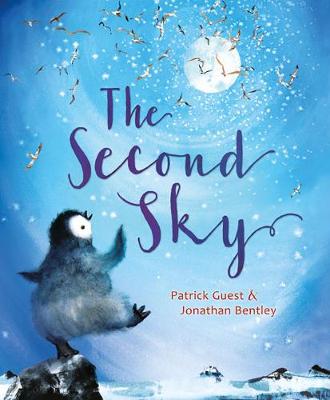 The first thing Gilbert sees when he hatches from his egg is the sky. It is love at first sight and from that moment on Gilbert longs to fly like other birds.

But Penguins don't fly, they waddle, and so begins Gilbert's quest to find his place in the world.

Great things happen when you reach for the sky.

Other Editions - The Second Sky by Patrick Guest 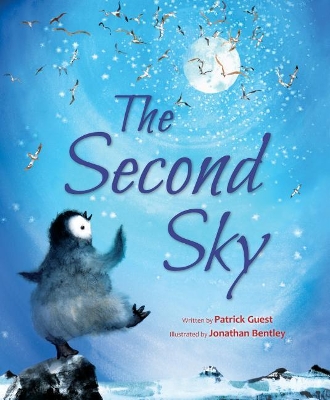 » Have you read this book? We'd like to know what you think about it - write a review about Second Sky book by Patrick Guest and you'll earn 50c in Boomerang Bucks loyalty dollars (you must be a Boomerang Books Account Holder - it's free to sign up and there are great benefits!)

Patrick Guest was raised in the Melbourne beachside suburb of Seaford. Even as a child, Patrick was writing stories, starring in his own Powerful Patrick series: a major hit with his Mum, Dad and rabbit Snowball. A desire to be Michael J Fox took Patrick down the corporate path. After gaining a commerce degree at Melbourne University, followed by a three-year stint with a big mining company, Patrick realised that he was possibly the world's worst accountant. A dramatic change saw Patrick go back to study physiotherapy, and in 2000 he landed his dream job at the Sydney Olympics. It wasn't until his first son Noah was born, followed by Reuben and Grace, that Patrick started writing professionally. Since then he's had two picture books published -- That's What Wings are For and The Ricker Racker Club -- with several more in the pipeline. Jonathan Bentley is one of Australia's most treasured illustrators, and is fast becoming an international favourite. He has worked with some of the best Australian authors, including Margaret Wild and Andrew Daddo, and has recently branched out into writing his own stories. His solo book, Where is Bear?, was a runaway success and sold into 16 territories in its first year. Several of his other picture books have earned prestigious CBCA recognition, including A House of Her Own, And Red Galoshes and Pink.