Dr. One-Zero has added a new class to Stately Academy's curriculum. But in 'Advanced Chemistry/ they only teach one lesson: how to make Green Pop! While their classmates are manufacturing this dangerous soda, the Coders uncover a clue that may lead them to Hopper's missing dad. Is it time to use Professor Bee's most powerful weapon: the Turtle of Light? From graphic novel superstar {and former computer programming teacher) Gene Luen Yang, Secret Coders is a wildly entertaining series that combines logic puzzles and basic coding instruction with a page-turning mystery plot! 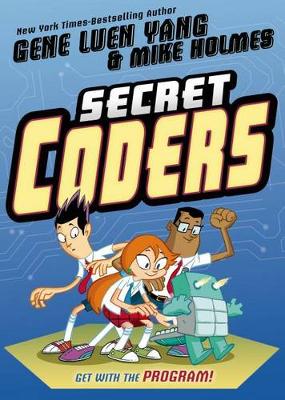 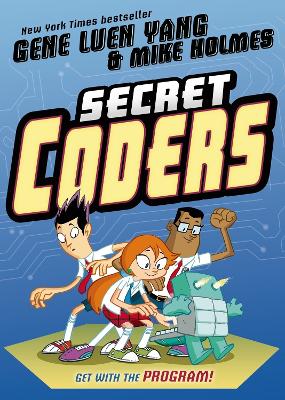 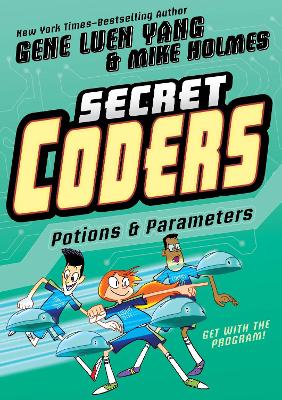 » Have you read this book? We'd like to know what you think about it - write a review about Secret Coders book by Gene Luen Yang and you'll earn 50c in Boomerang Bucks loyalty dollars (you must be a Boomerang Books Account Holder - it's free to sign up and there are great benefits!)

Gene Luen Yang is the National Ambassador for Young People's Literature. He has written and drawn many graphic novels, including American Born Chinese, which was a National Book Award finalist, as well as the winner of the Printz Award and an Eisner Award. His graphic novel set Boxers and Saints won the Los Angeles Times Book Prize. He has also written for the hit comics Avatar: The Last Airbender and Superman. geneyang.com Mike Holmes has drawn for the comics series Bravest Warriors, Adventure Time, Secret Coders, and the viral art project Mikenesses. His books include the True Story collection, This American Drive, and Shenanigans. He lives with a cat named Ella, who is his best buddy.