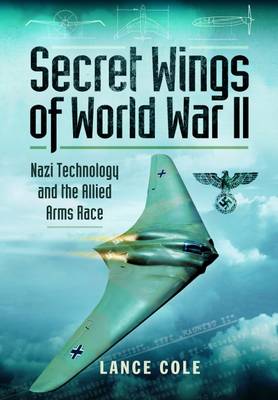 There are many myths and legends surrounding the advanced German aeronautical technology of the Second World War. There are also facts and proven events. Yet within these stories and behind these facts lie conspiracy theories, mistaken assumptions and denials that seem to contradict the evidence. So what really happened? How far ahead were the German scientists? And, of even greater interest, why and how? There have been other books about advanced German wartime aeronautics, yet few authors have fully examined the detail of the designs and their relevance to the fighter and bomber legends of the 1950s and '60s, let alone the current crop of military and civil all-wing or blended-wing aircraft. This book charts the story from it origins, through current-day innovations and beyond, into the all-wing future of tomorrow. SELLING POINTS: An enthralling investigation into German aeronautical technology during the Second World War. Explores the many myths, legends and popular conspiracy theories at play, and attempts to uncover the truth of precisely what happened during this pivotal time of technological development in Nazi Germany. Penned by the revered historian and author Lance Cole, the book is also supplemented by a selection of engaging black and white images. 25 black and white illustrations

» Have you read this book? We'd like to know what you think about it - write a review about Secret Wings of WW II book by Lance Cole and you'll earn 50c in Boomerang Bucks loyalty dollars (you must be a Boomerang Books Account Holder - it's free to sign up and there are great benefits!)

Lance Cole is a well respected aviation historian and author. His book Secrets of the Spitfire: The Story of Beverley Shenstone, The Man Who Perfected the Elliptical Wing was published to great acclaim by Pen and Sword in 2012.

A Preview for this title is currently not available.
More Books By Lance Cole
View All

British Leyland: From Triumph to Tragedy. Petrol, Politics and Power
Not Yet Published
$67.50 $75.00

Classic Car Museum Guide: Motor Cars, Motorcycles and Machinery
No Stock on Hand, Supplier Has No Due Date for Supply.
$67.50 $75.00