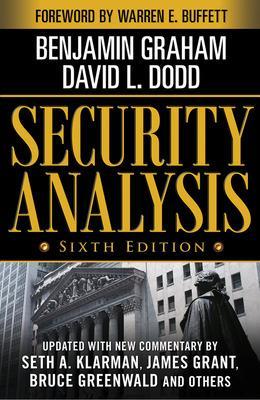 THE BIBLE OF VALUE INVESTING UPDATED BY TODAY'S VALUE INVESTING MASTERS Buying a dollar's worth of assets for 50 cents isn't the only way to succeed on Wall Street. But it is how Warren Buffett got rich. Just as value investing never goes out of style, neither does the value investor's bible, Security Analysis, by Benjamin Graham and David L. Dodd, which has withstood the test of time as well or better than any investment book ever published. Now the Sixth Edition updates the masters' ideas and adapts them for the 21st century's markets. In what will be a major event in the investment community, the second edition, which was published in 1940 and still considered the definitive edition, has been updated by a dream team of some of today's leading value investors. Their new commentaries will be added to the 1940 text. "Graham's ideas inspired the investment community for nearly a century."-Smart Money INCLUDES MORE THAN 150 NEW PAGES OF COMMENTARY BY THE MASTERS OF VALUE INVESTING: Seth A. Klarman, president of The Baupost Group, L.L.C. and author of Margin of Safety James Grant, founder of Grant's Interest Rate Observer, general partner of Nippon Partners Jeffrey M.
Laderman, twenty-five year veteran of BusinessWeek Roger Lowenstein, author of Buffett: The Making of an American Capitalist and When America Aged and Outside Director, Sequoia Fund Howard S. Marks, CFA, Chairman and Co-Founder, Oaktree Capital Management L.P. J. Ezra Merkin, Managing Partner, Gabriel Capital Group . Bruce Berkowitz, Founder, Fairholme Capital Management. Glenn H. Greenberg, Co-Founder and Managing Director, Chieftain Capital Management Bruce Greenwald, Robert Heilbrunn Professor of Finance and Asset Management, Columbia Business School David Abrams, Managing Member, Abrams Capital 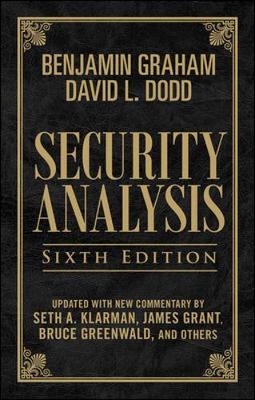 » Have you read this book? We'd like to know what you think about it - write a review about Security Analysis: Sixth Edition, Foreword by Warren Buffett book by Benjamin Graham and you'll earn 50c in Boomerang Bucks loyalty dollars (you must be a Boomerang Books Account Holder - it's free to sign up and there are great benefits!)

A Preview for this title is currently not available.
More Books By Benjamin Graham
View All

Benjamin Graham on Investing: Enduring Lessons from the Father of Value Investing
$83.20 $92.44