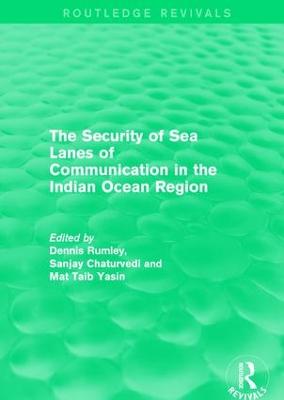 First published in 2007, this book focuses on the security of sea lanes of communication. It was a joint publication between the Maritime Institute of Malaysia (MIMA) and the Indian Ocean Research Group (IORG) and is an important book for three particular reasons. First, it takes a step forward in identifying key policy themes that can be applied to interstate cooperation around the Indian Ocean Region (IOR). Second, the particular theme discussed is not only central to the economic well-being of Indian Ocean countries, but also to many of the world's most important trading states, and finally the various discussions within the book raise a host of issues to which regional as well as non-regional policy-makers should give serious consideration.

Buy The Security of Sea Lanes of Communication in the Indian Ocean Region by Dennis Rumley from Australia's Online Independent Bookstore, Boomerang Books. 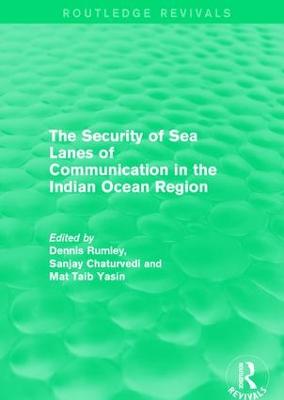 » Have you read this book? We'd like to know what you think about it - write a review about Security of Sea Lanes of Communication in the Indian Ocean Region book by Dennis Rumley and you'll earn 50c in Boomerang Bucks loyalty dollars (you must be a Boomerang Books Account Holder - it's free to sign up and there are great benefits!)

Dennis Rumley is currently Professor of Indian Ocean Studies and Distinguished Research Fellow at Curtin University, Western Australia, and was formerly Australia's focal point to the Indian Ocean Rim Academic Group (IORAG). He was appointed as Vice-Chair of the IORAG at the IORA meeting in Bangalore in November 2011 for a period of two years. He has been an editorial board member of various international journals and has published 11 books and more than 130 scholarly papers on political geography and international relations, electoral geography, local government, federalism, Australia's regional relations, geopolitics, India-Australia relations and the Indian Ocean Region. He is currently Chairperson of the Indian Ocean Research Group (IORG) and is Foundation Chief Editor of its flagship journal, Journal of the Indian Ocean Region. IORG is one of two Observers to IORA. Dennis Rumley edited a major study on Indian Ocean Security which was launched in Canberra by the Australian Deputy Foreign Minister in March 2013 - The Indian Ocean Region: Security, Stability and Sustainability in the 21st Century, Melbourne: Australia India Institute. He has recently edited The Political Economy of Indian Ocean Maritime Africa, Pentagon Press: New Delhi, has co-edited Indian Ocean Regionalism, Routledge, with Timothy Doyle, and has had republished as Volume 15 in a new Routledge Library Editions: Political Geography series his co-edited book with Julian Minghi, The Geography of Border Landscapes. Dr. Sanjay Chaturvedi is Professor of Political Science at the Centre for the Study of Geopolitics, Panjab University, India. He was awarded the Nehru Centenary British Fellowship, followed by Leverhulme Trust Research Grant, to pursue his post-doctoral research at University of Cambridge, England (1992-1995). He has also been a Third Cohort Fellow of India-China Institute at the New School, New York (2010-2012). He was the Co-Chair of Research Committee on Political and Cultural Geography (RC 15) of International Political Science Association (IPSA) from 2006 to 2012. Founding Vice-Chairman of Indian Ocean Research Group (IORG Inc.), he is the Co-Editor of Journal of the Indian Ocean Region (Routledge) and the Regional Editor of The Polar Journal (Routledge). He also serves on the Advisory Board of Geopolitics (Routledge) and Journal of Borderlands Studies (Routledge). Chaturvedi has served on the Indian delegations to the Antarctic Treaty Consultative Meetings (ATCMs) since 2007 and Track II Trilateral Dialogue on the Indian Ocean (TDIO) among India, Australia and Indonesia. His recent co-authored books include Climate Terror: A Critical Geopolitics of Climate Change (Palgrave Macmillan with Timothy Doyle), Climate Change and the Bay of Bengal: Emerging Geographies of Hope and Fear (Institute of South East Asian Studies, Singapore, with Vijay Sakhuja).

A Preview for this title is currently not available.
More Books By Dennis Rumley
View All

Geopolitical Orientations, Regionalism and Security in the Indian Ocean
$70.19 $77.99