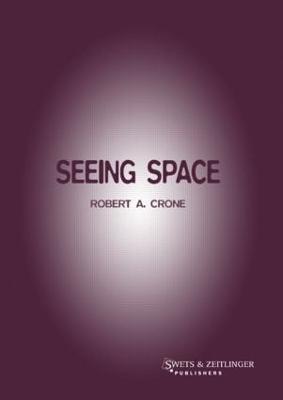 Spatial vision is a subject in which philosophy, psychology, ophthalmology, neurophysiology and pathology meet. It is the unique contribution of this book that gives a survey of the whole subject, in historical perspective. The author, a former professor of ophthalmology at the University of Amsterdam, is an authority in the field of binocular vision (Diplopia, 1973) and colour vision (History of Color, 1999). Seeing Space is written for ophthalmologists, optometrists, orthoptists and other practitioners of visual science, but also for psychologists and anybody interested in the philosophy and science of perception. The book contains three parts: Part I contains chapters on objective and subjective space and on non-visual space perception. Part II begins with a short survey of the visual system. As eye movements are of crucial importance in the perception of space, the evolution of the eye and the eye movements is described. There are chapters on the perception of direction, stereoscopic depth and movement. A sensorimotor theory of space perception is elaborated. Part III is dedicated to the perception of objects. There are chapters on the perception of contours, surfaces, dimensionality and size (including the "moon illusion"). Finally the problem of the relation between mind and matter is raised, but not solved.

» Have you read this book? We'd like to know what you think about it - write a review about Seeing Space book by Robert A. Crone and you'll earn 50c in Boomerang Bucks loyalty dollars (you must be a Boomerang Books Account Holder - it's free to sign up and there are great benefits!)


A Preview for this title is currently not available.
More Books By Robert A. Crone
View All