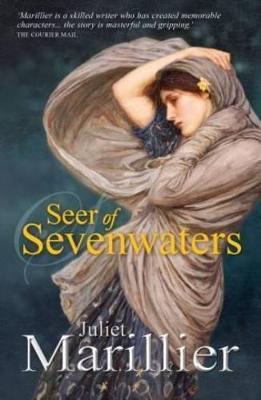 The fifth book in the epic and compulsively readable Sevenwaters series

"masterful and gripping" The Courier Mail

Sibeal has always known that she is destined for a spiritual life, and is committed to it with all her heart. The only thing left for her to do before she enters the nemetons is to spend the summer visiting her sisters, Muirrin and Clodagh, on the northern island of Inis Eala.

But Sibeal has barely set foot on the island before a freak storm out at sea sinks a ship before her eyes. In spite of frantic efforts, only three survivors are fished alive from the water, and one of them, a man Sibeal names Ardal, clings to life by the merest thread.

Sibeal befriends Ardal as he begins to regain his health. But it becomes clear there is something unusual about the three shipwrecked strangers. Why won't the beautiful Svala speak? And what is it that the gravely ill Ardal can't remember - or won't tell?

When a visiting warrior is found dead at the bottom of a cliff, and an attempt is made on Ardal's life, Sibeal finds herself a pawn in a deadly game. The truth will be far more astonishing than she could ever have believed - and the consequences for Sibeal unimaginable.

"There are some series so lyrical, so well-conceived, that every new book is a delight, and this describes Marillier's Sevenwaters." The Weekend West

Other Editions - Seer of Sevenwaters by Juliet Marillier 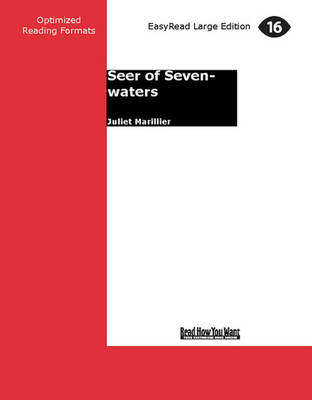 » Have you read this book? We'd like to know what you think about it - write a review about Seer of Sevenwaters book by Juliet Marillier and you'll earn 50c in Boomerang Bucks loyalty dollars (you must be a Boomerang Books Account Holder - it's free to sign up and there are great benefits!)

Juliet Marillier was born in Dunedin, New Zealand, a town with strong Scottish roots. She graduated from Otago University with degrees in arts and music, and has had a varied career which included teaching and performing music as well as working in government agencies. Juliet now lives in a hundred-year-old cottage near the river in Perth, Western Australia, where she writes full-time. She is a member of the druid order OBOD. Juliet shares her home with three dogs and a cat.