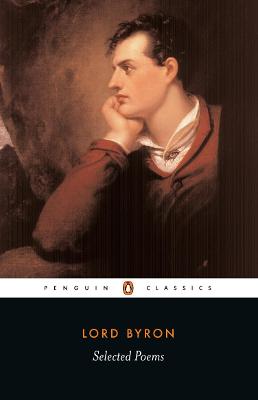 Described as 'Mad, bad and dangerous to know' by one of his lovers, Lady Caroline Lamb, Lord Byron was the quintessential Romantic. Flamboyant, charismatic and brilliant, he remains almost as notorious for his life - as a political revolutionary, sexual adventurer and traveller - as he does for his literary work. Yet he produced some of the most daring and exuberant poetry of the Romantic age, from 'To Caroline' and 'To Woman' to the satirical English Bards and Scotch Reviewers, his exotic Eastern tales and the colourful narrative of Childe Harold's Pilgrimage, the work that made him famous overnight and gave birth to the idea of the brooding Byronic hero. » Have you read this book? We'd like to know what you think about it - write a review about Selected Poems book by Lord Byron and you'll earn 50c in Boomerang Bucks loyalty dollars (you must be a Boomerang Books Account Holder - it's free to sign up and there are great benefits!)

Lord Byron (1788-1824) - Byron (of Rochdale), George (Gordon), 6th Baron. The most notorious Romantic poet and satirist. He was among the most famous of the English 'Romantic' poets; his contemporaries included Percy Shelley and John Keats. He was also a satirist whose poetry and personality captured the imagination of Europe. His major works include Childe Harold's Pilgrimage (1812-18) and Don Juan (1819-24). He died of fever and exposure while engaged in the Greek struggle for independence.

The Belles: The NYT bestseller by the author of TINY PRETTY THINGS
Dhonielle Clayton
$15.11 $17.99