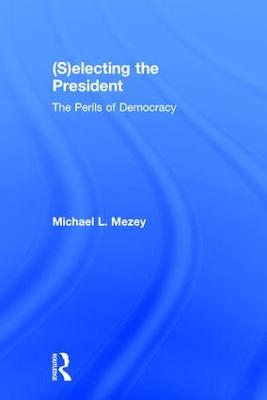 The Perils of Democracy

Selecting political leaders by popular election is an unquestioned hallmark of representative democracies-the institutional manifestation of Lincoln's promise of a government of the people and by the people. But in 2016, Lincoln's promise seems to have given way to Hamilton's nightmare-with his worries that popular elections would produce demagogues who paid an "obsequious court to the people," appealing to their passions and prejudices rather than to their reason. This book examines the commitment to the widest level of participation among the largest number of citizens in the selection of the president. It looks at two salient characteristics of our current presidential election environment that bring the wisdom of this commitment into question: the declining influence of political parties and the communication revolution in the form of the internet, social media, and cable television. Ultimately, Mezey asks whether our now fully democratized presidential selection process has in fact diminished the quality of our presidential candidates and the campaigns they run, whether the turn to demagoguery that the founders feared has materialized, what the consequences of our presidential selection process have been for American government, and whether or not it would be valuable to rethink our wholehearted commitment to popular election of the president. His answers do not topple our commitment to popular elections but rather point the way toward improving the quality of both participation and democracy.

Other Editions - (S)electing the President by Michael L. Mezey 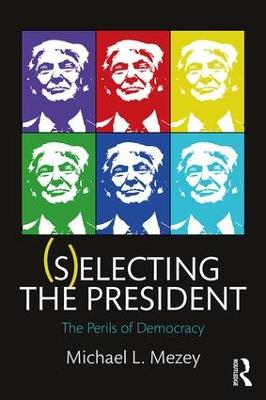 » Have you read this book? We'd like to know what you think about it - write a review about (S)electing the President book by Michael L. Mezey and you'll earn 50c in Boomerang Bucks loyalty dollars (you must be a Boomerang Books Account Holder - it's free to sign up and there are great benefits!)

Michael L. Mezey is Professor Emeritus of Political Science at DePaul University. He earned his B.A. from the The City College of New York, and his M.A. and Ph.D. from Syracuse University. He served on the faculties of the University of Virginia and the University of Hawaii before joining DePaul University in 1977 as chair of the Political Science Department. From 1993 through 2005, Dr. Mezey served as Dean of DePaul's College of Liberal Arts and Sciences. He is the author of four books: Comparative Legislatures (Duke University Press, 1979), Congress, the President, and Public Policy (Westview Press, 1989), Representative Democracy: Legislators and their Constituents (Rowman and Littlefield, 2008), and Presidentialism: Power in Comparative Perspective (Lynne Rienner, 2013).

A Preview for this title is currently not available.
More Books By Michael L. Mezey
View All