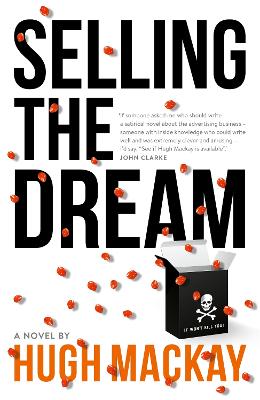 "If someone asked me who should write a satirical novel about the advertising business - someone with inside knowledge who could write well and was extremely clever and amusing - I'd say, 'See if Hugh Mackay is available.'" John Clarke

Lincoln The Hunter is living the dream. Universally admired and terrifically charming, he has a formidable reputation in the world of advertising, and is the jewel in the crown of agency KK&C.

When Linc is handed the reins of the high-budget, high-profile campaign for the groundbreaking new snack 'The Ripper', he knows it's his chance to leverage his way to greater success and greener, more glamourous pastures. No matter that it will leave KK&C floundering in his wake ...

Ruthless in his pursuit of professional success, it doesn't occur to Linc that he himself might be the pawn in this great game of advertising, where no method - be it a calculated office affair or 'disruptive skydiving' - is off limits to aid in selling the dream.

In this laugh-out-loud funny and frighteningly believable satire, Hugh Mackay lays bare the machinations of this multi-million-dollar industry, and leaves you wondering just where the line between parody and reality falls.

Other Editions - Selling The Dream by Hugh Mackay 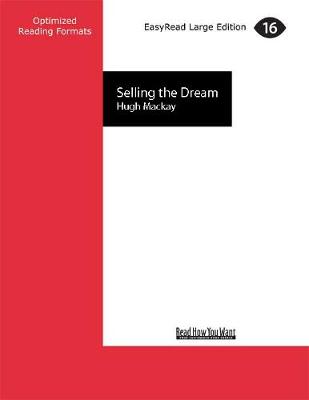 » Have you read this book? We'd like to know what you think about it - write a review about Selling The Dream book by Hugh Mackay and you'll earn 50c in Boomerang Bucks loyalty dollars (you must be a Boomerang Books Account Holder - it's free to sign up and there are great benefits!)

Hugh Mackay is a social researcher and the author of 17 books, mainly in the field of social analysis. Selling the Dream is his seventh novel. His most recent non-fiction book, Beyond Belief, was published in 2016. He is a fellow of the Australian Psychological Society and, in 2015, was appointed an officer of the Order of Australia. He lives with his wife in Canberra.

A Preview for this title is currently not available.
More Books By Hugh Mackay
View All

Right and Wrong: How to decide for yourself, make wiser moral choices and build a better society
$15.99 $19.99