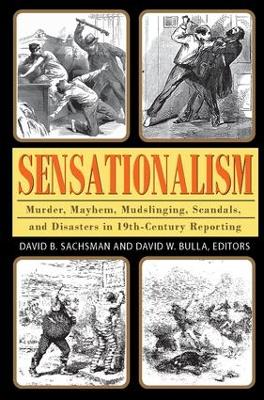 Description - Sensationalism by David B. Sachsman

David B. Sachsman and David W. Bulla have gathered a colourful collection of essays exploring sensationalism in nineteenth-century newspaper reporting. The contributors analyse the role of sensationalism and tell the story of both the rise of the penny press in the 1830s and the careers of specific editors and reporters dedicated to this particular journalistic style.

Divided into four sections, the first, titled "The Many Faces of Sensationalism," provides an eloquent Defense of yellow journalism, analyses the place of sensational pictures, and provides a detailed examination of the changes in reporting over a twenty-year span. The second part, "Mudslinging, Muckraking, Scandals, and Yellow Journalism," focuses on sensationalism and the American presidency as well as why journalistic muckraking came to fruition in the Progressive Era.

The third section, "Murder, Mayhem, Stunts, Hoaxes, and Disasters," features a ground-breaking discussion of the place of religion and death in nineteenth-century newspapers. The final section explains the connection between sensationalism and hatred. This is a must-read book for any historian, journalist, or person interested in American culture.

Other Editions - Sensationalism by David B. Sachsman 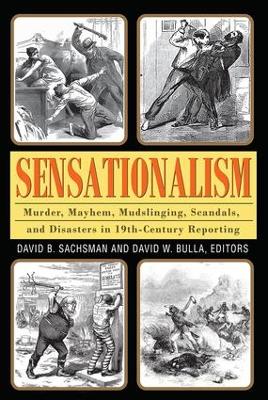 » Have you read this book? We'd like to know what you think about it - write a review about Sensationalism book by David B. Sachsman and you'll earn 50c in Boomerang Bucks loyalty dollars (you must be a Boomerang Books Account Holder - it's free to sign up and there are great benefits!)

David B. Sachsman is a professor at the University of Tennessee at Chattanooga, USA where he holds the George R. West, Jr. Chair of Excellence in Communication and Public Affairs. David W. Bulla is an associate professor of journalism at Zayed University's College of Communication and Media Sciences, UAE.

A Preview for this title is currently not available.
More Books By David B. Sachsman
View All