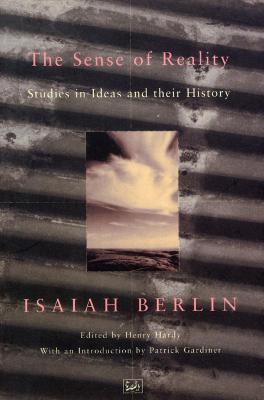 The Sense Of Reality

Studies in Ideas and their History

Description - The Sense Of Reality by Isaiah Berlin

Isaiah Berlin's new collection at last makes available an important body of previously unknown work by one of our leading historians of ideas, and one of the finest essayists writing in English.

Eight of the nine pieces in The Sense of Reality are published here for the first time. The range is characteristically wide- realism in history; judgement in politics; the special right of philosophers to self-expression; the history of socialism; the nature and impast of Marxism; the radical cultural revolution instigated by romanticism; the Russian notion of artistic commitment; the origins and practice of nationalism. The title essay, starting from the impossibility of recreating a bygone epoch, provides a superb centrepiece. 'All the productions of Berlin's long and distinguished career are characterised by urbanity, insight, profound scholarship and witty elegance. These traits are satisfyingly and instructively here present again. ' FINANCIAL TIMES 'They exude a generous, sympathetic and large-minded enthusiasm for all sorts of thinkers and all sorts of ideas that make them a continuous pleasure to read. ' TLS

Other Editions - The Sense Of Reality by Isaiah Berlin 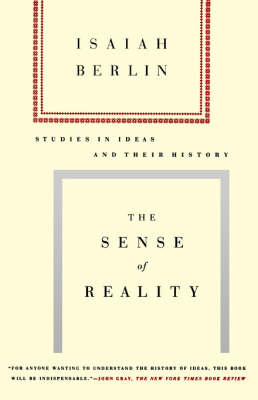 Book Reviews - The Sense Of Reality by Isaiah Berlin

» Have you read this book? We'd like to know what you think about it - write a review about Sense Of Reality book by Isaiah Berlin and you'll earn 50c in Boomerang Bucks loyalty dollars (you must be a Boomerang Books Account Holder - it's free to sign up and there are great benefits!)

Isaiah was born in Riga, capital of Latvia, in 1909. When he was six, his family moved to Russia; there in 1917, in Petrograd, he witnessed both Revolutions - Social Democratic, and Bolshevik. n 1921, his family came to England, and he was educated at St Paul's School and Corpus Christi College, Oxford. At Oxford, he was a fellow of All Souls, a Fellow of New College, Professor of Social and Political Theory and founding President of Wolfson College. He also held the Presidency of the British Academy. His published work includes Karl Marx, Russian Thinkers, Concepts and Categories, Against the Current, Personal Impressions, The Crooked Timber of Humanity, The Sense of Reality, The Roots of Romanticism, The Power of Ideas, Three Critics of the Enlightenment, Freedom and its Betrayal and Liberty. As an exponent of the history of ideas Berlin was awarded the Erasmus, Lippincott and Agnelli Prizes; he also received the Jerusalem Prize for his lifelong defence of civil liberties. He died in 1997. Henry Hardy, a Fellow of Wolfson College, Oxford, is one of Isaiah Berlin's Literary Trustees. He has edite