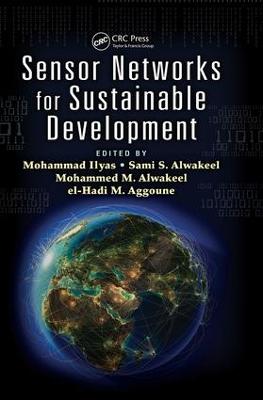 Recent advances in technology and manufacturing have made it possible to create small, powerful, energy-efficient, cost-effective sensor nodes for specialized telecommunication applications-nodes "smart" enough to be capable of adaptation, self-awareness, and self-organization.

Sensor Networks for Sustainable Development examines sensor network technologies that increase the quality of human life and encourage societal progress with minimal effect on the earth's natural resources and environment. Organized as a collection of articles authored by leading experts in the field, this valuable reference captures the current state of the art and explores applications where sensor networks are used for sustainable development in:

Beneficial to designers and planners of emerging telecommunication networks, researchers in related industries, and students and academia seeking to learn about the impact of sensor networks on sustainable development, Sensor Networks for Sustainable Development provides scientific tutorials and technical information about smart sensor networks and their use in everything from remote patient monitoring to improving safety on the roadways and beyond.

Other Editions - Sensor Networks for Sustainable Development by Mohammad Ilyas 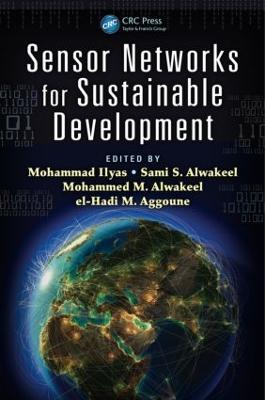 » Have you read this book? We'd like to know what you think about it - write a review about Sensor Networks for Sustainable Development book by Mohammad Ilyas and you'll earn 50c in Boomerang Bucks loyalty dollars (you must be a Boomerang Books Account Holder - it's free to sign up and there are great benefits!)

Mohammad Ilyas holds a B.Sc from the University of Engineering and Technology, Lahore, Pakistan; M.Sc from Shiraz University, Iran; and Ph.D from Queen's University in Kingston, Ontario, Canada. Since September 1983, he has been with the College of Engineering and Computer Science at Florida Atlantic University, Boca Raton, USA, where he is currently associate dean for research and industry relations. His areas of research include traffic management and congestion control in broadband/high-speed communication networks, traffic characterization, wireless communication networks, performance modeling, and simulation. Widely published, he is a senior member of IEEE, a member of ASEE, and has been a consultant to several national and international organizations. Sami S. Alwakeel holds a B.Sc from King Saud University (KSU), Riyadh, Saudi Arabia as well as an M.Sc and Ph.D from Stanford University, California, USA. He is currently a professor for the College of Computer and Information Sciences (CCIS) at KSU. An IEEE, ACM, and IASTED member, he is a founder and former dean of the CCIS at KSU, a key contributor in the development of many computer colleges throughout Saudi Arabia, and has served on the Ministry of Education's National Computer Education Committee, the Saudi Computer Society, and various Saudi National Computer Conference organization committees, as well as been a consultant to several Saudi government agencies. Mohammed M. Alwakeel holds a BA and MA from King Saud University (KSU), Riyadh, Saudi Arabia and a Ph.D from Florida Atlantic University, Boca Raton, USA. He is currently vice rector for development and quality at the University of Tabuk, Saudi Arabia, where he also serves as the dean for the College of Computers and Information Technology. He previously taught and held administrative roles at Tabuk Community College-KSU. He is a recipient of the Prince Sultan bin Abdulaziz International Prize for Water, and his work is published in several international journals and conference proceedings. In addition, he has been an active participant in numerous committees and workshops. el-Hadi M. Aggoune holds an M.Sc and Ph.D from the University of Washington (UW), Seattle, USA. Currently, he is professor and director of the Sensor Networks and Cellular Systems Research Center at the University of Tabuk, Saudi Arabia. A senior IEEE member, he is a recipient of the IEEE Professor of the Year Award, UW Branch. In addition, he was the director of a research lab that won the Boeing Supplier Excellence Award, and he is listed as inventor in a major patent assigned to the Boeing Company. His research work is also referred to in patents assigned to ABB, Switzerland and EPRI, USA. A professional engineer registered in the State of Washington, USA, he has taught and held administrative positions at several universities in the US and abroad, authored numerous journal and conference papers, and served on many technical committees.

A Preview for this title is currently not available.
More Books By Mohammad Ilyas
View All