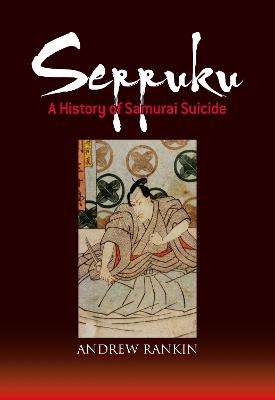 A History of Samurai Suicide

The history of seppuku - Japanese ritual suicide by cutting the stomach, sometimes referred to as hara-kiri - spans a millennium, and came to be favored by samurai as an honorable form of death. Here, for the first time in English, is a book that charts the history of seppuku from ancient times to the twentieth century through a collection of swashbuckling tales from history and literature. Author Andrew Rankin takes us from the first recorded incident of seppuku, by the goddess Aomi in the eighth century, through the "golden age" of seppuku in the sixteenth century that includes the suicides of Shibata Katsuie, Sen no Riky? and Toyotomi Hidetsugu, up to the seppuku of General Nogi Maresuke in 1912.

Drawing on never-before-translated medieval war tales, samurai clan documents, and execution handbooks, Rankin also provides a fascinating look at the seppuku ritual itself, explaining the correct protocol and etiquette for seppuku, different stomach-cutting procedures, types of swords, attire, location, even what kinds of refreshment should be served at the seppuku ceremony. The book ends with a collection of quotations from authors and commentators down through the centuries, summing up both the Japanese attitude toward seppuku and foreigners' reactions-

"We all thought, 'These guys are some kind of nutcakes.'" - Jim Verdolini, USS Randolph, describing "Kamikaze" attack of March 11, 1945

Other Editions - Seppuku by Andrew Rankin 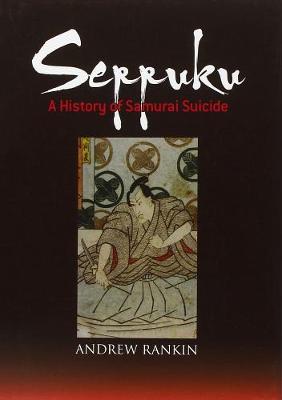 » Have you read this book? We'd like to know what you think about it - write a review about Seppuku book by Andrew Rankin and you'll earn 50c in Boomerang Bucks loyalty dollars (you must be a Boomerang Books Account Holder - it's free to sign up and there are great benefits!)

Andrew Rankin is a Japan scholar studying for his Ph.D. on Yukio Mishima at Cambridge University, in the U.K. He lived in Japan for twenty years and attended Tokyo University. Rankin worked as a translator at the National Institute of Japanese Literature in Tokyo; his work includes Snakelust by Kenji Nakagami, published by KI in 1998.

A Preview for this title is currently not available.
More Books By Andrew Rankin
View All