Description - Serenity Volume 2: Better Days And Other Stories 2nd Edition by Will Conrad

Serenity- Better Days, from Joss Whedon and Brett Matthews, follows everyone's favorite space cowboys in an action-packed adventure where the crew takes on a heist that promises a big payoff. But when someone is taken captive, the gang must put aside their enduring differences and work together, at the risk of losing their cash prize.

Joss Whedon is joined by a great roster of writers, including comedian Patton Oswalt, Dr. Horrible and The Shepherd's Tale cowriter Zack Whedon, and Jim Krueger (Avengers/Invaders), in this special expanded edition!

This volume includes the miniseries Serenity- Better Days, the short stories "Serenity- The Other Half" and the previously uncollected "Serenity- Downtime," and the one-shot Serenity- Float Out.

» Have you read this book? We'd like to know what you think about it - write a review about Serenity Volume 2: Better Days And Other Stories 2nd Edition book by Will Conrad and you'll earn 50c in Boomerang Bucks loyalty dollars (you must be a Boomerang Books Account Holder - it's free to sign up and there are great benefits!)

Joss Whedon was born in New York City in 1964. He started out as a staff writer for the 1990s sitcom Roseanne and worked on films, including Toy Story. In 1992 he penned the script for a film, Buffy the Vampire Slayer, and when the TV version starring Sarah Michelle Gellar took off in 1997, Whedon had his big break--with its female action heroine, Buffy, became a huge hit. Whedon wrote hundreds of episodes for Buffy and its spin-off Angel, and was nominated for Emmy and Hugo awards for his work. Whedon has come to enjoy a cult following. The author lives in Santa Monica, California. Dave Stewart is a multiple Eisner Award-winning colorist who works for Dark Horse, Marvel, and DC Comics. His credits include Iron Man: Enter the Mandarin, Daytripper, and Michael Chabon Presents The Amazing Adventures of the Escapist. Patton Oswalt is a comedian, actor, author, and screenwriter. Oswalt is perhaps best known as the voice of Remy the rat in the film, Ratatouille, but he also gained prominence during the '90s as one of the premier West Coast stand-up comedians. Oswalt's albums Feelin' Kinda Patton, Werewolves and Lollipops, and My Weakness Is Strong are staples of the genre. Oswalt has also been featured in The King of Queens, Big Fan, Young Adult, and The Goldbergs. Zack Whedon is a film director and writer for television and comic books. Whedon was educated at Wesleyan University. He began his TV writing career with the HBO show Deadwood and has written and produced a number of other high-profile projects. In the comic book world, Whedon is known for his work on Serenity, The Terminator, and Dr. Horrible. He is the brother of Joss Whedon.

Books By Will Conrad 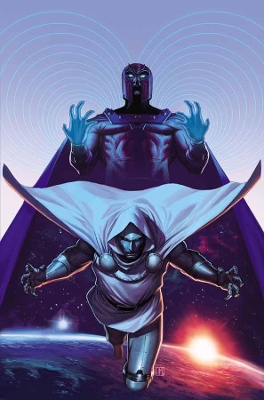