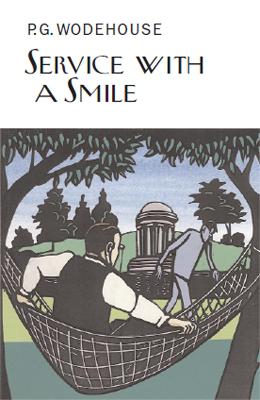 Service With a Smile

Description - Service With a Smile by P.G. Wodehouse

More comic capers from the master. Lord and ladies and loonies abound.....

With the Duke of Dunstable trying to steal his pig to sell to Lord Tilbury, mischievous Church Lads camping in his park, his sister Constance bossing him unmercifully, and Lavender Briggs, his secretary, making life miserable, Lord Emsworth has little time to concentrate on the invasion of Blandings Castle by yet another impostor. But Bill Bailey, a.k.a. Cuthbert Meriwether, has inveigled himself into the castle to be with his beloved, Myra Schoonmaker, who is staying there under the eagle eye of Lady Constance, and Lady Constance is determined to thwart him. In the end virtue conquers vice- the lovers are united, Dunstable defeated and Tilbury trounced, but only through the brilliant plotting of Frederick, Earl of Ickenham whose greatest triumph is to marry off Lady Constance to an old admirer, Myra's father. In the end everyone is happy who deserves to be, none more so than Lord Emsworth who at one fell swoop frees himself from the tyranny of a duke, a secretary and a sister

Other Editions - Service With a Smile by P.G. Wodehouse 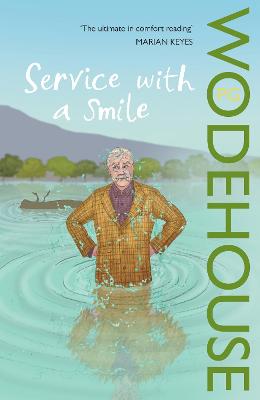 Book Reviews - Service With a Smile by P.G. Wodehouse

» Have you read this book? We'd like to know what you think about it - write a review about Service With a Smile book by P.G. Wodehouse and you'll earn 50c in Boomerang Bucks loyalty dollars (you must be a Boomerang Books Account Holder - it's free to sign up and there are great benefits!)