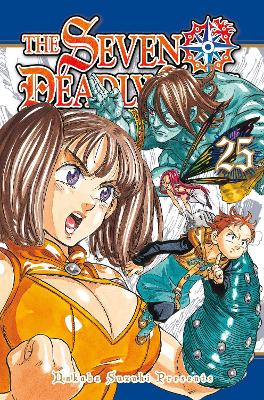 » Have you read this book? We'd like to know what you think about it - write a review about Seven Deadly Sins 25 book by Nakaba Suzuki and you'll earn 50c in Boomerang Bucks loyalty dollars (you must be a Boomerang Books Account Holder - it's free to sign up and there are great benefits!)

Nakaba Suzuki is one of only a few manga artists to have work published in all of the "big three" boys' magazines- Shonen Jump, Shonen Sunday, and Shonen Magazine. The Seven Deadly Sins is his first series to be translated into English.

A Preview for this title is currently not available.
More Books By Nakaba Suzuki
View All