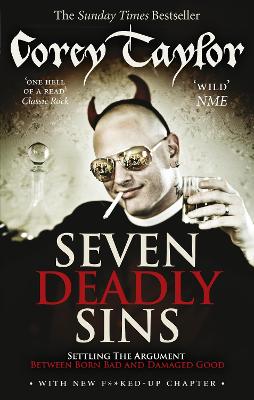 'I was 22 years old, a hard-on with a pulse- wretched, vice-ridden, too much to burn and not enough minutes in a hour to do so'

The action begins in West Des Moines, Iowa, where Corey Taylor, frontman of heavy metal bands Slipknot and Stone Sour, systematically set about committing each of the Seven Deadly Sins. He has picked fights with douche bags openly brandishing guns. He has set himself on fire at parties and woken up in dumpsters after cocaine binges. He lost his virginity at eleven. He got rich and famous and immersed himself in booze, women, and chaos until one day he realised, suddenly, that he didn't need any of that at all.

Now updated with a brand new chapter, Seven Deadly Sins is a brutally honest look at 'a life that could have gone horribly wrong at any turn', and the soul-searching and self-discovery it took to set it right. 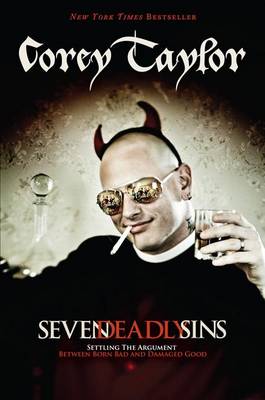 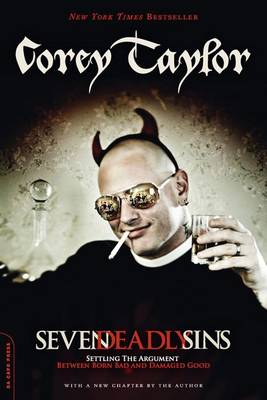 » Have you read this book? We'd like to know what you think about it - write a review about Seven Deadly Sins book by Corey Taylor and you'll earn 50c in Boomerang Bucks loyalty dollars (you must be a Boomerang Books Account Holder - it's free to sign up and there are great benefits!)

Corey Taylor is an American musician best known as the lead singer of hard rock bands Slipknot and Stone Sour, which together have sold over 10 million records. Taylor has been nominated for 10 Grammies and has won one. He has also written his own monthly column for UK magazine, Rock Sound, since 2001.

A Preview for this title is currently not available.
More Books By Corey Taylor
View All