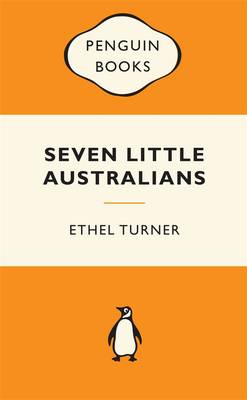 Judy's father, Captain Woolcot, found his vivacious, cheeky daughter impossible - but seven children were really too much for him and most of the time they ran wild at their rambling riverside home, Misrule.

Step inside and meet them all - dreamy Meg, and Pip, daring Judy, naughty Bunty, Nell, Baby and the youngest, 'the General'. Come and share in their lives, their laughter and their tears. 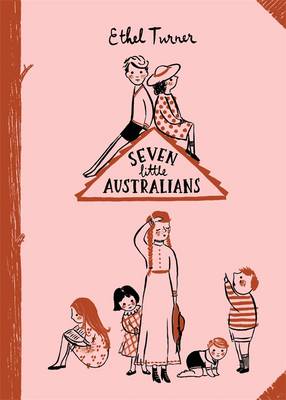 Seven Little Australians is the first of the Woolcot Family series by Australian novelist Ethel Turner. Set in the late 19th century, it details a few months in the lives of Captain John Woolcot, his young (20 years old) wife Esther and their family at their house, Misrule, up the Parramatta River. There were six children he had by his first, now dead, wife: Meg(Marguerite), 16, Pip (Phillip), 14, Judy (Helen), 13, Nellie, 10, Bunty, 6, and Baby, 4, and his and Esther’s baby, the General (Francis). The fact that these were not the children of a Minister, like those perfect March girls of Louisa Alcott’s, may well account for their mischievousness: they had a tendency to get into trouble, even if their hearts were essentially good. Nor was Captain Woolcot the perfect father. This novel has a very Aussie feel and is both funny and sad. Readers will look forward to the next instalment, The Family at Misrule.