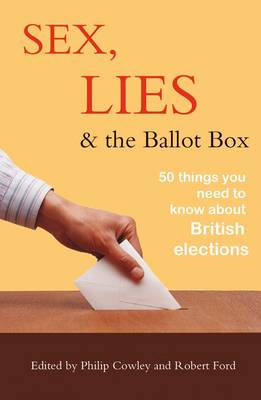 Sex, Lies and the Ballot Box

50 Things You Need to Know About British Elections

Description - Sex, Lies and the Ballot Box by Philip Cowley

Have you ever wondered...- what emotions really influence where your cross goes on the ballot paper? - whether people are claiming to vote when they haven't? - which party's supporters are the kinkiest in bed? In the run-up to the most hotly contested and unpredictable election in a generation, this exhilarating read injects some life back into the world of British electoral politics. Sex, Lies and the Ballot Box sheds light on some of our more unusual voting trends, ranging from why people lie about voting to how being attractive can get you elected. Each of the fifty accessible and concise chapters, written by leading political experts, seeks to examine the broader issues surrounding voting and elections in Britain. It is not just about sexual secrets and skewed surveys: it illustrates the importance of women and ethnic minorities; explains why parties knock on your door (and why they don't); and shows how partisanship colours your views of everything, even pets. This fascinating volume covers everything you need to know (and the things you never thought you needed to know) about the bedroom habits, political untruths and voting nuances behind the upcoming election.Foreword by Daniel Finkelstein

Other Editions - Sex, Lies and the Ballot Box by Philip Cowley 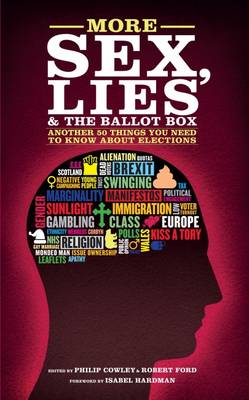 » Have you read this book? We'd like to know what you think about it - write a review about Sex, Lies and the Ballot Box book by Philip Cowley and you'll earn 50c in Boomerang Bucks loyalty dollars (you must be a Boomerang Books Account Holder - it's free to sign up and there are great benefits!)

Philip Cowley is Professor of Parliamentary Government at the University of Nottingham. His recent books include The British General Election of 2010. Robert Ford is Senior Lecturer in Politics at the University of Manchester. His latest book is Revolt on the Right: Explaining Support for the Radical Right in Britain.

A Preview for this title is currently not available.
More Books By Philip Cowley
View All

Sex, Lies and Politics: The Secret Influences That Drive our Political Choices
$23.67 $26.30