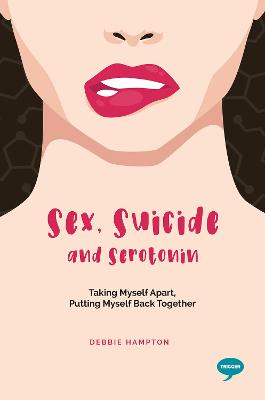 When Debbie Hampton took the mix of wine and drugs that nearly killed her, she didn't ever want to wake up. After years of wrong turns, and facing the end of an acrimonious marriage, she was desperate for the disappointments of life to end. But Debbie did wake up. Strapped to a hospital bed, she was critically ill, but alive. Debbie had ingested over 90 pills, including ten different prescription drugs - causing massive, lasting damage to her brain and body. Debbie had to re-learn how to eat, how to speak, and how to fit back into society. Separated from her two young children, Debbie's problems were only just beginning. Faced with a long and arduous custody battle, she had to discover a new way of living. In this book, Debbie tells the heart-breaking story of how life wore her down, but how, through her own resolve, courage and commitment, she forged a new life for herself. Debbie now has a new job, and a strong bond with her children. The lessons she has learn in life will be an inspiration to everyone.

Other Editions - Sex, Suicide and Serotonin by Debbie Hampton 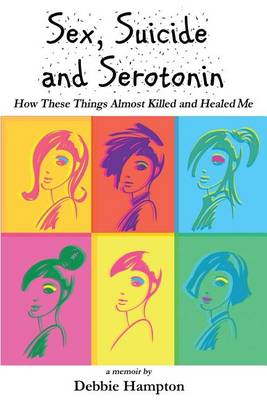 » Have you read this book? We'd like to know what you think about it - write a review about Sex, Suicide and Serotonin book by Debbie Hampton and you'll earn 50c in Boomerang Bucks loyalty dollars (you must be a Boomerang Books Account Holder - it's free to sign up and there are great benefits!)

Debbie Hampton recovered from decades of depression, a suicide attempt, and resulting brain injury to become a leading blogger in the brain health arena, inspirational writer, and well-known voice in the mental health community. Debbie's work been featured on MindBodyGreen, TinyBuddha, and Huffington Post and has attracted a raving fan base on social media. She writes about lifestyle, behaviour and thought modifications, alternative therapies, and mental health practices she used to rebuild her brain and life to find joy and thrive and tells you how to do the same.

Sex, Suicide and Serotonin
Paperback, May 2016
View All Books By Author Debbie Hampton