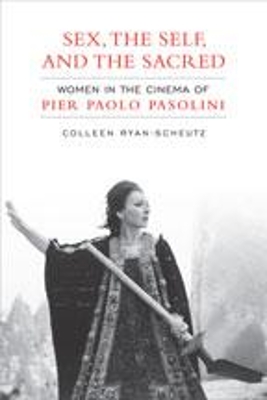 Sex,The Self and the Sacred

Women in the Cinema of Pier Paolo Pasolini

Born in Bologna in 1922, filmmaker Pier Paolo Pasolini was one of the most controversial European intellectuals of his time. Pasolini believed the 'authentic' Italy - with its many languages and subcultures, its ancient roots and idiosyncrasies - to be disappearing before his eyes, and he used his films to denounce the social and ideological forces he felt were responsible for this detrimental change. Rather than campaign with overtly political films, however, Pasolini vested ideological impetus in key film characters, many of whom were women. Drawing upon Italy's distinct socio-cultural history as well as feminist and psychoanalytic approaches to film, Colleen Ryan-Scheutz explores the ways in which Pasolini's representations of women reveal his concerns about purity in modern Italian society. Ryan-Scheutz demonstrates how Pasolini used his female figures onscreen to critique the ruling class from a decisively different perspective and propose a range of alternatives to the increasingly sterile and capitalistic world of Italy and the West.
Providing a new critical approach to Pasolini studies, Sex, the Self, and the Sacred brings psychoanalytic and feminist theories to bear on the auteur's lifelong poetics and theoretical writings on cinema.

Buy Sex,The Self and the Sacred by Colleen Ryan-Scheutz from Australia's Online Independent Bookstore, Boomerang Books.

Book Reviews - Sex,The Self and the Sacred by Colleen Ryan-Scheutz

» Have you read this book? We'd like to know what you think about it - write a review about Sex,The Self and the Sacred book by Colleen Ryan-Scheutz and you'll earn 50c in Boomerang Bucks loyalty dollars (you must be a Boomerang Books Account Holder - it's free to sign up and there are great benefits!)

Colleen Ryan-Scheutz is the director of the Italian Language Program and an associate professor in the Department of Romance Languages and Literatures at the University of Notre Dame.