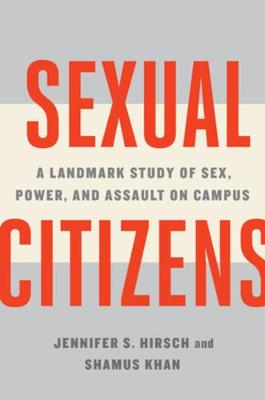 Sexual Citizens: A Landmark Study of Sex, Power, and Assault on Campus

The fear of campus sexual assault has become an inextricable part of the college experience. And for far too many students, that fear is realized. Research has shown that by the time they graduate, as many as one in three women and almost one in six men will have been sexually assaulted. But why is sexual assault such a common feature of college life? And what can be done to prevent it? Sexual Citizens provides answers. Drawing on the Sexual Health Initiative to Foster Transformation (SHIFT) at Columbia University, the most comprehensive study of sexual assault on a campus to date, Jennifer S. Hirsch and Shamus Khan present an entirely new framework that emphasizes sexual assault's social roots, transcending current debates about consent, predators in a "hunting ground," and the dangers of hooking up.
Sexual Citizens is based on years of research interviewing and observing college life-with students of different races, genders, sexual orientations, and socioeconomic backgrounds. Hirsch and Khan's landmark study reveals the social ecosystem that makes sexual assault so predictable, explaining how physical spaces, alcohol, peer groups, and cultural norms influence young people's experiences and interpretations of both sex and sexual assault. Through the powerful concepts of "sexual projects," "sexual citizenship," and "sexual geographies," the authors offer a new and widely-accessible language for understanding the forces that shape young people's sexual relationships. Empathetic, insightful, and far-ranging, Sexual Citizens transforms our understanding of sexual assault and offers a roadmap for how to address it.

Other Editions - Sexual Citizens: A Landmark Study of Sex, Power, and Assault on Campus by Jennifer S. Hirsch 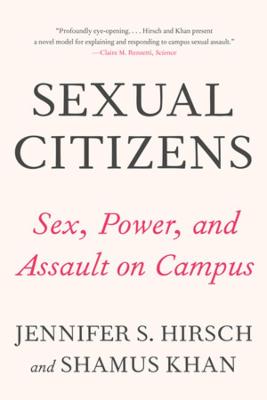 » Have you read this book? We'd like to know what you think about it - write a review about Sexual Citizens: A Landmark Study of Sex, Power, and Assault on Campus book by Jennifer S. Hirsch and you'll earn 50c in Boomerang Bucks loyalty dollars (you must be a Boomerang Books Account Holder - it's free to sign up and there are great benefits!)


A Preview for this title is currently not available.
More Books By Jennifer S. Hirsch
View All