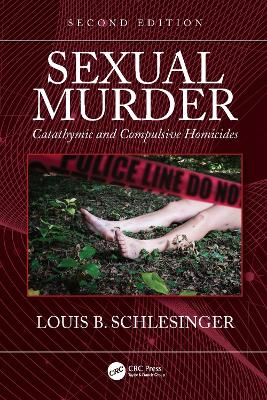 Sexual Murder: Catathymic and Compulsive Homicides is the culmination of the author's 45 years of experience with, and studying, sexually motivated homicide. Sexual murders are generally of two types - catathymic and compulsive. Catathymic homicides are caused by a breakthrough of underlying sexual conflicts. They can be unplanned, explosive (acute) attacks or planned murders stemming from a chronic obsession with, or disturbed attachment to, the victim. In compulsive homicides, a fusion of sex and aggression results in a powerful internal drive which pushes the offender to seek out victims to kill - and the killing itself is sexually gratifying. These murders also may be planned or unplanned. In compulsive homicides that are unplanned, the urge breaks through and disrupts the offender's controls when a victim of opportunity crosses his path. The compulsive offender who plans his crimes often eludes law enforcement, and as a result he can have multiple (serial) victims over extended periods of time. Both forms of sexual murder - the catathymic and the compulsive - are presented in this volume from a clinical-descriptive perspective encompassing case studies with analysis.
Recent advances in empirical research in sexual murder-including findings from the joint research project between John Jay College of Criminal Justice and the FBI Behavioral Analysis Unit in Quantico-has published many important studies. These include such topics as necrophilia, foreign object insertions in sexual homicide, ritual and signature and temporal patterns in serial sexual homicide, mass murder, crime scene staging in homicide, and undoing (symbolic reversal) at homicide scenes. All such research will be included and incorporate into this fully updated Second Edition, including approximately fifty new clinical case studies.

Other Editions - Sexual Murder: Catathymic and Compulsive Homicides by Louis B. Schlesinger 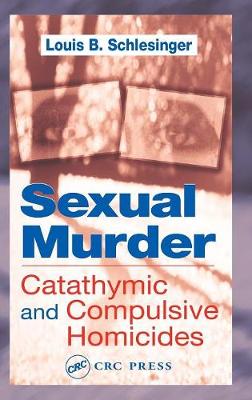 » Have you read this book? We'd like to know what you think about it - write a review about Sexual Murder: Catathymic and Compulsive Homicides book by Louis B. Schlesinger and you'll earn 50c in Boomerang Bucks loyalty dollars (you must be a Boomerang Books Account Holder - it's free to sign up and there are great benefits!)


A Preview for this title is currently not available.
More Books By Louis B. Schlesinger
View All