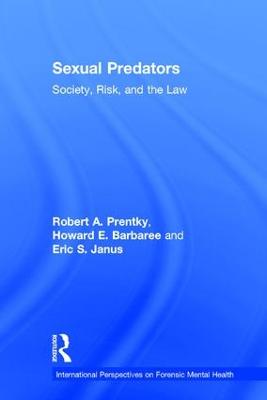 Society, Risk, and the Law

Convicted sex offenders released from custody at the end of their criminal sentences pose a risk for re-offense. In many US states, Sexually Violent Predator (SVP) laws have been enacted that allow for the post-prison preventive detention of high risk sex offenders. SVP laws require the courts to make dispositions that protect the public from harm while at the same time respecting the civil rights of the offender. This book describes these SVP laws, their constitutionality, and aspects of their operation. Courts hear expert risk testimony based heavily on the results of actuarial risk assessment. Problems associated with this testimony include the lack of a theory of recidivism risk, bias due to human decision-making, and the insularity of scholarship and practice along developmental lines. The authors propose changes in legal standards, as well as a unified developmental model that treats sexual violence as an "evolving" condition, with roots traceable to childhood and paths that extend into adolescence and adulthood.

Other Editions - Sexual Predators by Robert A. Prentky 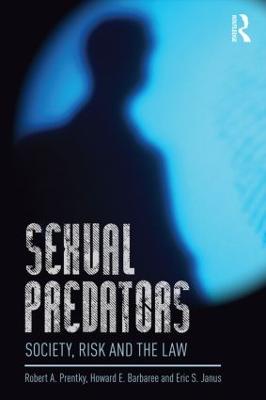 » Have you read this book? We'd like to know what you think about it - write a review about Sexual Predators book by Robert A. Prentky and you'll earn 50c in Boomerang Bucks loyalty dollars (you must be a Boomerang Books Account Holder - it's free to sign up and there are great benefits!)

Robert A. Prentky is Professor of Psychology and Director of Forensic Training at Fairleigh Dickinson University. He has been engaged in research and writing on sexual offenders for 35 years, evaluated or supervised the evaluation of 2,000+ sexual offenders, and has served as an expert witness for 20+ years. He is a Fellow of the American Psychological Association (2003) and the Association for Psychological Science (2006). Howard E. Barbaree is a psychologist and Professor of Psychiatry at the University of Toronto and Vice President, Research and Academics, at Waypoint Centre for Mental Health Care. He received the 2001 Significant Achievement Award from ATSA and the 2011 Don Andrews Career Contribution Award from the Canadian Psychological Association. He was Editor-in-Chief of Sexual Abuse: A Journal of Research and Treatment from 2004 to 2010. Eric S. Janus served as President and Dean of William Mitchell College of Law, St. Paul, MN. He is the author of Failure to Protect: America's Sexual Predator Laws and the Rise of the Preventive State (Cornell U., 2006). He served as co-counsel in extended litigation challenging the constitutionality of Minnesota's Sexually Dangerous Person Act, and provided invited media commentary on sex offender policy both nationally and regionally.

A Preview for this title is currently not available.
More Books By Robert A. Prentky
View All