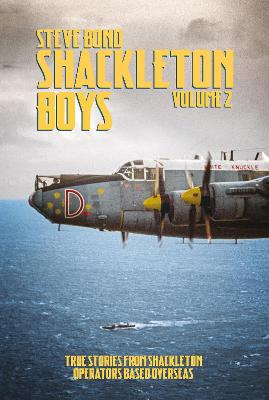 After World War II the Royal Air Force went through a considerable downsizing, but retained an essential maritime reconnaissance role for the protection of British interests overseas. These areas were primarily the Mediterranean, Middle East, Far East to Hong Kong and all associated trade routes linking them to Britain and each other. With the arrival in service of the Shackleton from 1951, re-equipment with the new type initially concentrated on the home fleet of Coastal Command. The first overseas station to get them was Gibraltar in 1952, followed by Malta, Singapore, Aden and finally Sharjah. In addition to their daily routine of maritime patrols, the overseas squadrons were involved in a number of operations. Rebellion in Aden and the declaration of a state of emergency there, meant that Shackletons were used to support army operations including the frequent bombing of rebel-held areas. Rhodesia's Unilateral Declaration of Independence led to the establishment of a Royal Navy blockade of oil supplies, which was supported by detachments of Shackletons flying from Majunga in Madagascar, and although these aircraft were mostly drawn from UK-based units, two overseas squadrons also took part. The Indonesian Confrontation began in 1961 when agreement was reached to create the Federation of Malaysia. This resulted in increasing infiltration across the border by Indonesian forces who were opposed to the Federation. Shackletons from Singapore were heavily involved in lengthy patrols searching for insurgent gun-boats in the seas around the Malayan mainland and Borneo, with detachments to Labuan. The squadron was also tasked with providing a permanent detachment on the island of Gan for search and rescue cover for aircraft transiting to and from the Far East. The last overseas RAF Shackletons were based at Sharjah until late 1971, with a detachment from the UK remaining in Singapore until 1972. The only other operator of the type was the South African Air Force, who flew eight examples of the MR.3 from 1957. The survivors were finally withdrawn from use in November 1984. Thus, after almost 33 years the Shackleton's overseas story was essentially over, although the RAF's 8 Squadron at Lossiemouth would continue to give the type an occasional presence away from home for a further seven years. Following the outstanding success of Volume One, published in 2018 and still available, Steve Bond has garnered another exceptional group of Shack operators who delight in giving the reader their tales of derring-do. Another one for the Boys kitbag! AUTHOR: A life-long aviation professional and historian, Dr Steve Bond has spent over forty years working in the industry. He served in the Royal Air Force for twenty-two years as an aircraft propulsion technician, with tours on many different aircraft, and was part of the Eurofighter Typhoon project team in the MoD. Steve then spent thirteen years with City University London as a senior lecturer and course director. He developed and ran the world's first MSc Air Safety Management programme for aviation professionals and continues to lecture on the subject.

» Have you read this book? We'd like to know what you think about it - write a review about Shackleton Boys: Volume 2: True Stories from Shackleton Operators Based Overseas book by Steve Bond and you'll earn 50c in Boomerang Bucks loyalty dollars (you must be a Boomerang Books Account Holder - it's free to sign up and there are great benefits!)