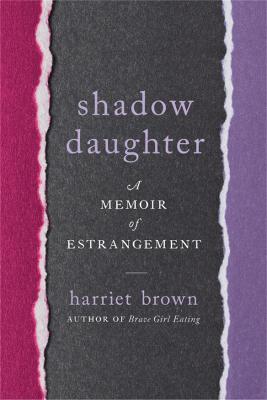 Shadow Daughter: A Memoir of Estrangement

Description - Shadow Daughter: A Memoir of Estrangement by Harriet Brown

The day of her mother's funeral, Harriet Brown was five thousand miles away. To say that Harriet and her mother had a difficult relationship is a wild understatement; the older Harriet grew, the more estranged they became. By the time Harriet's mom died at age 76, they were out of contact. Yet Harriet felt her death deeply, embarking on an exploration of what family estrangement means--to those who cut off contact, to those who are estranged, to the friends and family members who are on the sidelines. Shadow Daughter tackles a subject we rarely discuss as a culture: family estrangements, especially those between parents and adult children. Estrangements--between parents and children, siblings, multiple generations--are surprisingly common, and even families that aren't officially estranged often have some experience of deep conflicts. Estrangement is an issue that touches most people, one way or another, one that's still shrouded in secrecy, stigma, and shame. In addition to her personal narrative, Harriet employs interviews with others who are estranged, as well as the most recent research on family estrangement, for a brave exploration of this taboo topic. Ultimately, Shadow Daughter is a thoughtful, deeply researched, and provocative exploration of the ties that bind and break, forgiveness, reconciliation, and what family really means.

» Have you read this book? We'd like to know what you think about it - write a review about Shadow Daughter: A Memoir of Estrangement book by Harriet Brown and you'll earn 50c in Boomerang Bucks loyalty dollars (you must be a Boomerang Books Account Holder - it's free to sign up and there are great benefits!)


A Preview for this title is currently not available.
More Books By Harriet Brown
View All

Scientific Dress Cutting and Making, the Harriet A. Brown System, Simplified and Improved; Directions for Its Use
$81.44 $90.49