A powerful novel from Michael Morpurgo, the nation's favourite storyteller...

SHADOW broke all Michael Morpurgo records in hardback, selling a massive 50,000 copies through TCM in the first twelve weeks. Now, the phenomenon arrives in paperback, ready to take the mass market by storm...

This is the story of Aman, as told in his own words - a boy from Afghanistan fleeing the horror of the Afghan war. When a western dog shows up outside the caves where Aman lives with his mother, Aman is initially repulsed - it is not customary for people to keep dogs as pets in his part of the world. But when Aman and his mother finally decide to make a bid for freedom, the dog Aman has called Shadow will not leave their side. Soon it becomes clear: the destinies of boy and dog are linked, and always will be...

Other Editions - Shadow by Michael Morpurgo 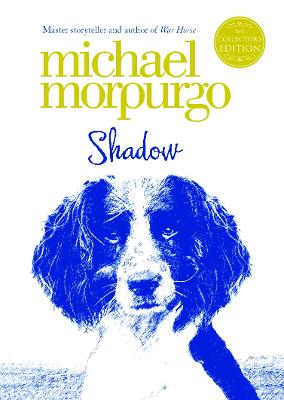 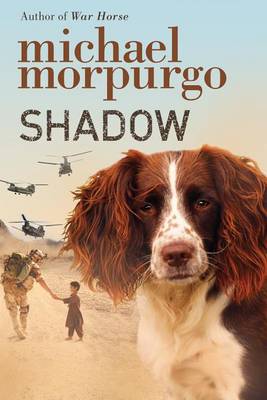 » Have you read this book? We'd like to know what you think about it - write a review about Shadow book by Michael Morpurgo and you'll earn 50c in Boomerang Bucks loyalty dollars (you must be a Boomerang Books Account Holder - it's free to sign up and there are great benefits!)

Michael Morpurgo has written so, so many books, and almost all are fantastic; when Shadow came out a few years ago I was really eager to get my hands on a copy and when I did and began to read I found myself not falling in love with the story. It seemed to be lacking, and I ended up not finishing it, which is scandlous for me, being a huge Morpurgo fan. It sounds like another wonderful Morpurgo book, but I didn't like it myself, I felt like it wasn't up to standard almost, and didn't want to risk tarnishing my love for this authors books by reading it and not liking it for the whole time.

Lots of people do like it, I'm not sure why I didn't, but it was just a little different from all his other books, a little unbelieveable, unlike his others, and that didn't agree with me.