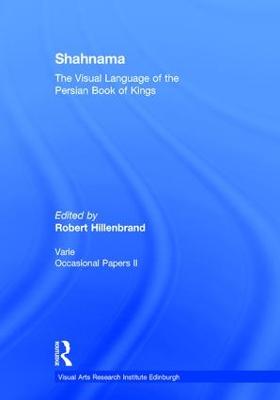 The Visual Language of the Persian Book of Kings

This text presents a comprehensive examination of the interplay between text and image in the celebrated Persian national epic, the "Shahnama", written by the poet Firdausi of Tus. The "Shahnama" is one of the longest poems ever composed and recounts the history of Iran from the dawn of time to the Muslim Arab conquests of the seventh century AD. Offering fresh insights through a range of varied art-historical approaches to the Shahnama, the essays in this volume reveal how the subtle alterations in text and image serve to document changes in taste and style and can be understood as reflections of the changing role of the national epic in the imagination of Iranians and the equally changing messages - often political in nature - which the familiar stories were made to convey over the centuries.

» Have you read this book? We'd like to know what you think about it - write a review about Shahnama book by Robert Hillenbrand and you'll earn 50c in Boomerang Bucks loyalty dollars (you must be a Boomerang Books Account Holder - it's free to sign up and there are great benefits!)

A Preview for this title is currently not available.
More Books By Robert Hillenbrand
View All