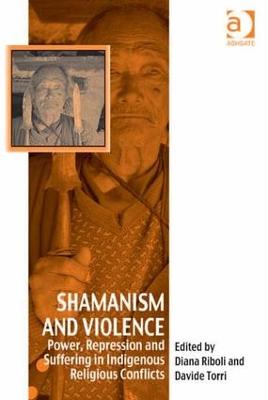 Proposing a new theoretical framework, this book explores Shamanism's links with violence from a global perspective. Contributors, renowned anthropologists and authorities in the field, draw on their research in Mongolia, China, Korea, Malaysia, Nepal, India, Siberia, America, Papua New Guinea, Taiwan to investigate how indigenous shamanic cultures dealt, and are still dealing with, varying degrees of internal and external violence. During ceremonies shamans act like hunters and warriors, dealing with many states related to violence, such as collective and individual suffering, attack, conflict and antagonism. Indigenous religious complexes are often called to respond to direct and indirect competition with more established cultural and religious traditions which undermine the sociocultural structure, the sense of identity and the state of well-being of many indigenous groups. This book explores a more sensitive vision of shamanism, closer to the emic views of many indigenous groups.

Other Editions - Shamanism and Violence by Davide Torri 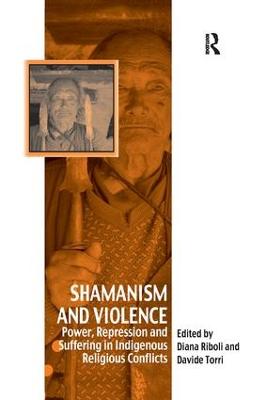 » Have you read this book? We'd like to know what you think about it - write a review about Shamanism and Violence book by Davide Torri and you'll earn 50c in Boomerang Bucks loyalty dollars (you must be a Boomerang Books Account Holder - it's free to sign up and there are great benefits!)

Diana Riboli is a lecturer in Social Anthropology at Panteio University, Greece. She has been carrying out ethnographic research among the Chepang of Central and Southern Nepal and she is currently directing a research project among the Semang-Negrito of Peninsular Malaysia. She is the author of Tunsuriban. Shamanism in the Chepang of Southern and Central Nepal (2000) and of numerous articles and essays on shamanism, indigenous concepts of health and illnesses, altered states of consciousness and strategies for survival of indigenous cultures. Davide Torri is a researcher at the Asia-Europe Cluster of Excellence, Karl Jaspers Centre for Advanced Transcultural Studies at the University of Heidelberg, Germany. He studied Hindi language and Hinduism at the University of Venice. After his dissertation on the Lepchas of Sikkim, he dedicated himself to the anthropology of religion and to the study of shamanism among indigenous communities of India, Nepal, and Mongolia. In particular, he is specialised in the study of Himalayan indigenous and minority groups. He wrote several papers on shamanism and forms of syncretism between South Asian indigenous cultures, Hinduism, Buddhism and Christianity. Having done fieldwork in Nepal during the Civil War and the following peace process, he developed an interest in conflicts dynamics, politics and patterns of change affecting small-scale societies. Diana Riboli, Davide Torri, Andrew J. Strathern, Pamela J. Stewart (StrathernMichael Oppitz, Marjorie Mandelstam Balzer, Peter Knecht, Daniel A. Kister, Galina Sychenko, Laurel Kendall, Alban von Stockhausen, Marion Wettstein, Neil L. Whitehead.

A Preview for this title is currently not available.
More Books By Davide Torri
View All