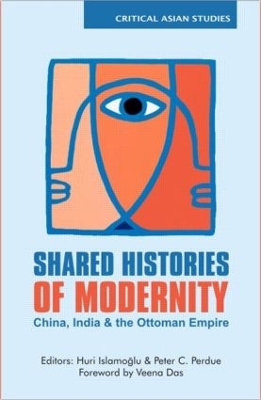 China, India and the Ottoman Empire

While pre-modernity is often considered to be the 'time' of non-European regions and modernity is seen as belonging to the West, this book seeks to transcend the temporal bifurcation of that world history into 'pre-modern' and 'modern', as well as question its geographical split into two irreconcilable trajectories: the European and the non-European. The book examines shared experiences of modern transformation or modernity in three regions -- China, India and the Ottoman Empire -- which conventional historiography identifies as non-European, and therefore, by implication, outside of modernity or only tangentially linked to it as its victim. In other words, this work looks at modernity without reference to any 'idealised' criteria of what qualifies as 'modern' or not, studying the negotiation and legacies of the early modern period for the modern nation state. It focuses on the experience of modernity of non-European regions for they play a crucial role in the new phase of transformational patterns may have deeper roots than are generally assumed.Rejecting European characterisations of 'eastern' states as Oriental despotisms, the volume conceives of the early modern state as a negotiated enterprise, one that questions the assumption that state centralisation must be a key metric of success in modernisation.
Among other topics, the book highlights: state formations in the three empires; legislation pertaining to taxation, property, police reform, the autonomy of legal sphere, the interaction of different types of law, law's role in governance, administrative practice, negotiated settlements and courts as sites of negotiation, the blurred boundaries between formal law and informal mediation; the ability of 18th century Qing and Ottoman imperial governments to accommodate diverse local particularities within an overreaching structure; and the pattern of regional development pointing to the accommodative institutional capacity of the Mughal empire.Tracing the complex histories of state or imperial formations through legal, administrative, and economic developments, the book argues that modernity as such no longer stands for experience of 'alienation' from specific historical trajectories, a characterisation which often haunted the 'modern' histories of the British empire in India, Ottoman reform state or the Communist Chinese state.
Bringing together historians of the Qing, the Mughal and the Ottoman empires, this volume, principally, explores categories of historical explanation that span the European and non-European, pre-modern and modern experiences.

Other Editions - Shared Histories of Modernity by Huri Islamoglu » Have you read this book? We'd like to know what you think about it - write a review about Shared Histories of Modernity book by Huri Islamoglu and you'll earn 50c in Boomerang Bucks loyalty dollars (you must be a Boomerang Books Account Holder - it's free to sign up and there are great benefits!)

Huricihan Islamoglu is Professor of Economic History and Political Economy, Bogazici University, Istanbul, Turkey, and Central European University, Budapest, Hungary. Her research interests are economic history, economic theory as well as international relations and European studies. She is the author of Constituting Modernity: Private Property in the East and West (2004); State and Peasant in the Ottoman Empire (1994); and Ottoman Empire and the World Economy (1987). Peter C. Perdue is Professor of History, Yale University. He was Professor of History, MIT from 1982 to 2008. His doctoral research at the Havard University was in History and East Asian Languages. He co-edited the recent volume: Imperial Formations (2007). Some of his monographs include: China Marches West: The Qing Conquest of Central Eurasia (2005); and Exhausting the Earth: State and Peasant in Hunan, 1500-1850 A.D. (1987).

A Preview for this title is currently not available.
More Books By Huri Islamoglu
View All