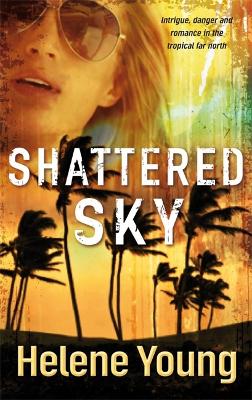 Surviving a missile strike on her aircraft suddenly seems like the easy part for Lauren Bennett. A year after being attacked mid-flight, Lauren is sure she's overcome her guilt at losing a friend in the ensuing crash. Her brittle, glossy veneer doesn't fool Callam Granger but the naval patrol boat captain knows he's got no right to an opinion. He wasn't there when she needed him most and she's not going to let him forget it. On a routine surveillance assignment Lauren uncovers an operation trafficking sex slaves. Pursuing the women - and their captors - will take her deep into the Australian outback and a reluctant Callam knows this time he can't let her go alone. Is it possible for Lauren and Callam to put aside old enmities to outwit, outrun and ultimately out-fly the traffickers? Or will the frantic race to free the women simply ignite their emotions, endangering yet more lives?

» Have you read this book? We'd like to know what you think about it - write a review about Shattered Sky book by Helene Young and you'll earn 50c in Boomerang Bucks loyalty dollars (you must be a Boomerang Books Account Holder - it's free to sign up and there are great benefits!)

Starting Shattered Sky at just after 1am with the intention of reading only a chapter was, in retrospect, a poor decision when I found myself unable to put it down until I had finished at 4 in the morning. Loosely linked by setting and characters and with all the action, adventure, mystery and romance found in Wings of Fear, Helene delivers an exciting and engaging romantic suspense novel with Shattered Sky.

In Wings of Fear, Lauren Bennett was the likeable supporting character, here she is at the center of the plot. Almost a year has passed since the aborted terrorist attack in Wings of Fear and Lauren is still struggling to come to terms with the loss of her close friend and crew mate, Gavin. This explains her impulsive decision to involve herself in a case of suspected sex slave trafficking as she tries to overcome survivors guilt and prove she is more than the carefree party girl she once was. Callam Granger was a friend of Gavin's who made the mistake of condemning Lauren, rather than supporting her, in her grief. Learning he has misjudged the blonde beauty, Callam's attraction for the feisty pilot overcomes his reticence at becoming involved in a committed relationship. Lauren isn't just going to forgive and forget though, so the relationship between the two has plenty of conflict.

While I quite like reading the odd romance novel, I need the extra depth that Young delivers with the suspense to become truly engaged in the story. Shattered Sky is a fast paced novel that sucks you in as you soar over the coastline of far north Queensland and traverse dusty roads in the isolated outback. From a daring rescue in cyclonic weather, to a terrifying shoot out with menacing bikies, there is plenty of action that keeps the pages turning, and enough tension to maintain interest throughout. Shattered Sky is an entertaining read and I am looking forward to the release of Burning Lies in July 2012.

This is the second book in Helene Young’s loosely-related suspense series set in northern Australia, and I liked it at least as much as the first. Though you can get by fine without reading Wings of Fear (previously titled Border Watch) first, I’d really recommend reading them in order.

When we met Lauren Bennett as a secondary character in Wings of Fear she was a beautiful twenty-something blue-eyed blonde who knew what she looked like and used it to her advantage. She was also a loyal friend, and a Border Watch pilot. But everything changed when her plane was shot down and her best friend, Gavin – who she always planned to settle down with eventually – was killed in the aftermath.

Shattered Sky picks up a year later. Lauren is now a Captain for Border Watch – part of the team who guard Australia’s borders. This job puts her in the path of Navy patrol boat captain Callam Granger, who was also Gavin’s friend, and who has made some unkind assumptions about the type of person Lauren is.

I really liked the two lead characters in this one. Lauren is one of those people others want to believe the worst of, and she has to work harder to prove her worth. Callam was everything you’d want in a romantic suspense hero, yet he was very distinctly Australian. They were two characters I believed I could run into on the street, and it’s so nice to come across that when the vast majority of the characters I read about live on the other side of the world. Lauren and Callam’s interactions – sometimes emotional, sometimes sarcastic – were great, and I liked that there was a lot going on between them and they couldn't just take off into the sunset together.

The book takes us into the world of motorcycle gangs and illegal immigrants smuggled into the country to work as prostitutes. Both Lauren and Callam get drawn into what’s going on, and the book builds up into one fantastic action sequence. I love that the author is actually a pilot and can write these scenes realistically. You’re not going to come across scenes like this in most romantic suspense, and you’re definitely not going to come across scenes where you don’t have to question the accuracy. It’s great.

There’s next to no romantic suspense set in Australia, and what little there is has a very different tone to what you get in North America. Often the romance is more subtle, and the suspense takes at least as an important a role in the story. Shattered Sky would work for all kinds of readers, as it covers a lot of genres. The Far North Queensland setting is completely different to anything you’ll find in other suspense books. I thought the author has a fantastic job of creating a distinctly Australian atmosphere for this series.

I feel as though I’ve been waiting forever for this book to be released, after reading Border Watch nearly a year ago. So I was very happy I enjoyed it so much and was not disappointed! 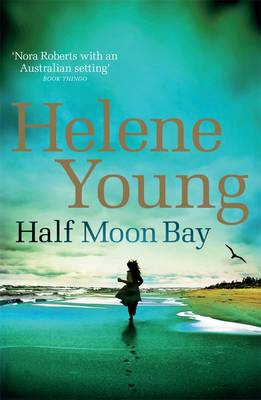 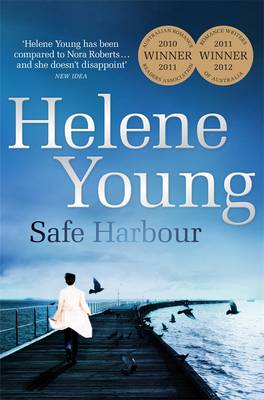