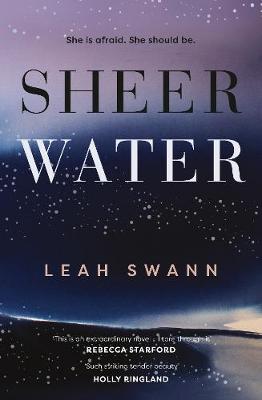 Emotional, powerful, unforgettable. From a stunning new literary talent, you won't be able to put down this novel about a mother's love for her children - it will break your heart.

'With visceral prose and a tense narrative arc that unfolds over just three days, speeding towards a dramatic conclusion .... Sheerwater is a propulsive read with an acute emotional core ... likely to hold appeal for readers of both literary and crime fiction, and fans of writers such as Emily Maguire, Emma Viskic and Sofie Laguna.' Bookseller + Publisher

Ava and her two young sons, Max and Teddy, are driving to their new home in Sheerwater, hopeful of making a fresh start in a new town, although Ava can't help but keep looking over her shoulder. They're almost at their destination when they witness a shocking accident - a light plane crashing in the field next to the road. Ava stops to help, but when she gets back to the car, she realises that somehow, among the smoke, fire and confusion, her sons have gone missing ...

From a substantial new Australian writing talent, Sheerwater is tense, emotional, unforgettable. Perfect for readers of Mark Brandi's Wimmera and Stephanie Bishop's The Other Side of the World, this is a beautifully written, propulsive, gut-wrenching and unputdownable novel - an aching, powerful story of the heroic acts we are capable of in the name of love.

'Sheerwater is that rare gift of a book that balances gorgeous, glittering language with breathless pace. Leah Swann writes with devastating honesty ... This is an extraordinary novel - I tore through it, captivated by the imagery and the setting, desperately hoping for a happy ending.' Rebecca Starford, author of Bad Behavior

'Heart-in-mouth story ... Swann's language is sinewy and pointed; the book is trim and every sentence is necessary...a complex and horribly believable story with tremendous flair.' The Age

'Sheerwater is a haunting story built on conflict. Freedom and control, tenderness and violence, hope and fear, love and hate. It shows the strength of a mother's love and the yearning for something more ... This novel is full of beautifully gripping prose and deeply powerful emotions told through sublime pacing. I found it triggered a peculiar mix of wanting to dwell in the darkly emotive prose while needing to urgently push through it to find resolution. It will be one of those books that lingers in your mind, the memory of which may even be mistaken for a story read in the news.' Booktopia

'Sheerwater is compelling reading ... There is an urgency in the writing that makes you read on because you must know what the conclusion is - no matter which way it goes ... This is an extraordinary literary debut; the writing is beautifully evocative and the intertwining narratives of the main characters seamless. It's tender, it's suspenseful and you'll be wanting to see so much more from Leah Swann - I ignored everything for a day to rip through the pages and loved every minute of it.' Better Reading

Other Editions - Sheerwater by Leah Swann 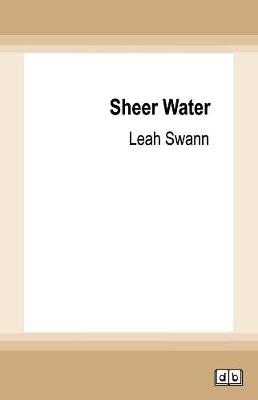 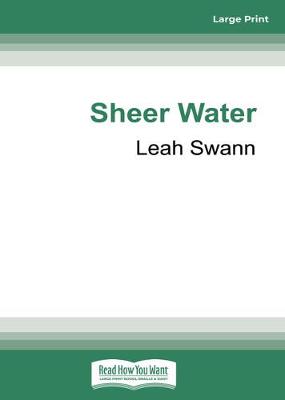 » Have you read this book? We'd like to know what you think about it - write a review about Sheerwater book by Leah Swann and you'll earn 50c in Boomerang Bucks loyalty dollars (you must be a Boomerang Books Account Holder - it's free to sign up and there are great benefits!)

5 stars Sheerwater is the first adult novel by Australian author, Leah Swann. Later, Ava so wishes she had driven on and dialled 000, but at the time, she felt she had to stop. She was on her way to freedom from Laurence, to perhaps a better career and, most importantly, to safety for her boys and herself. But the light plane had crashed, right there in front of her, and she had to check for survivors, help if she could. Max and Teddy would stay in the car, she was certain. Lives were saved, but by then her boys were gone.

As Ava begins living every mother’s worst nightmare, the people of Sheerwater rally around to help search and support, while in Melbourne Detective Fiona Ballard questions Laurence Bain and extended family. Simon Manrose, the next on the crash scene after Ava, proffers a description of someone he strongly feels is involved.

The story is told from five different perspectives and it is quickly clear from Laurence’s narrative that Ava has had the misfortune of becoming the focus of the attentions of a psychopath. That Laurence has Ava and Max constantly second-guessing their every thought and action also bears this out.

So well do Max’s chapters portray a nearly-ten-year-old’s his resolve to care for and protect his four-year-old brother from harm, it’s heart-breaking. This is a brave and clever boy whose confusion at his father’s behaviour is palpable.

Even as the reader learns from the various strands of the story exactly what has happened and who is responsible, the tension ramps up and the anxiety for the boys’ safety is intensely felt. At certain points, some readers may need to do the reading equivalent of hands in front of the eyes during the scary bit of the movie: shut the book for a while and do something else.

Swann’s prose is often wonderfully evocative: “In the noisy, heaving, chaotic police station he was as calm and motionless as a benediction” and perceptive: “Could she teach Max the difference between truth and what seems true? Or could it only be learnt as life trims your edges? She grimaced. She hated to think that Max and Teddy had to learn that love does not protect you.”

While domestic abuse, both physical and psychological, are highly topical, Swann could not know just how relevant her novel would be in the light of recent events in Queensland. This is an emotional read that grabs the attention from the start and does not let go until the final shocking conclusion. This unbiased review is from an uncorrected proof copy provided by Better Reading Preview and NetGalley and Harper Collins Australia.


A Preview for this title is currently not available.
More Books By Leah Swann
View All