The much anticipated prequel to bestseller Wool that takes us back to the beginnings of the silo. The full novel which brings together First, Second and Third Shift.'The next Hunger Games' The Sunday Times'An epic feat of imagination. You will live in this world.' Justin CroninIn a future less than fifty years away, the world is still as we know it. Time continues to tick by. The truth is that it is ticking away.A powerful few know what lies ahead. They are preparing for it. They are trying to protect us.They are setting us on a path from which we can never return.A path that will lead to destruction; a path that will take us below ground.The history of the silo is about to be written.Our future is about to begin.

Other Editions - Shift by Hugh Howey 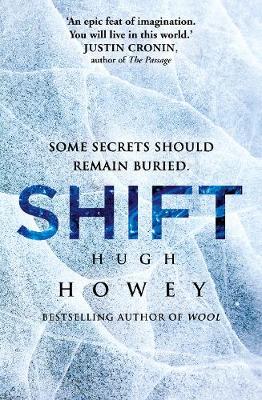 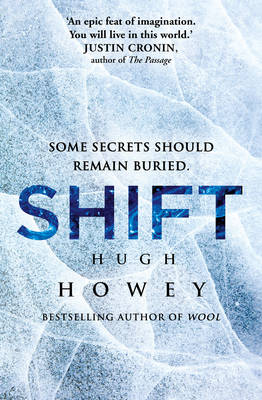 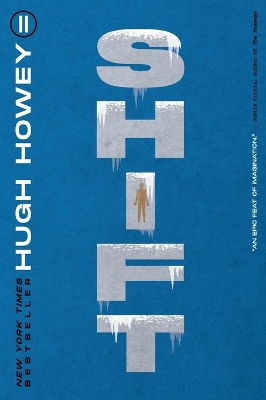 » Have you read this book? We'd like to know what you think about it - write a review about Shift book by Hugh Howey and you'll earn 50c in Boomerang Bucks loyalty dollars (you must be a Boomerang Books Account Holder - it's free to sign up and there are great benefits!)

The Shift Omnibus is the second volume of the Silo series and encompasses a collection of the three books in the Shift series by American author, Hugh Howey. First Shift – Legacy is the first book in the Shift series by American author, Hugh Howey. This prequel to the Wool series describes the events that lead to the World Order that exists in the Wool books. It switches between two time periods: the early twenty-second century in the control centre for the Silos, Silo 1; and the mid twenty-first century, in Washington DC and Georgia. In Silo 1, Troy is woken from his decades of “long sleep” to find himself titular head of all the Silos, a job for which he feels less than prepared. The medication that erases his traumatic memories and numbs his reactions to stressful events is not entirely effective, and he eventually discovers some awful truths. In Washington DC, newly-minted Georgia congressman, Donald Keene finds himself using his architectural skills for a project championed by Senator Paul Thurman: an underground silo to be used as a refuge for workers at a nuclear waste dump site. There is much secrecy surrounding the project: his college friend, Mick Webb is part of it, as is the Senator’s daughter, Donald’s ex-girlfriend Anna, but exchange of information is very limited. When the facility finally opens, some three years later, Donald discovers he was an integral part of something much bigger and more fearsome than he ever imagined. While there is less “action” in this book than the Wool books, Howey keeps it interesting by gradually feeding the reader tidbits of information to flesh out the picture. His characters and dialogue are credible and he includes a handy time-line at the end of each book. Readers will be eager to find out what happens in the next book, Second Shift – Order. Second Shift – Order is the second book in the Shift series by American author, Hugh Howey. This second part of the prequel to the Wool series continues with the events that lead to the World Order that exists in the Wool books. It is set in the early twenty-third century and switches between two locations: Silo 1 and Silo 18. In Silo 1, Donald is woken from one hundred years of being frozen for his second shift awake, although, he discovers, not for his usual duties. As he helps Thurman and Anna to understand the cause of the Uprisings in the Silos, he is also distressed by facts he uncovers about his wife, Helen. Amongst the rising unrest in Silo 18, porter Mission Jones takes a message from his beloved elderly schoolteacher, Miss Crowe to his good friend, Rodny, who is shadowing in IT, to find himself on a mission of a very different kind. Again, Howey’s characters have depth and appeal, and the plot is sufficiently intriguing to have the reader seeking out the final part of this prequel, Third Shift – Pact. Third Shift – Pact is the third book in the Shift series by American author, Hugh Howey. This third part of the prequel to the Wool series continues with the events that lead to the World Order that exists in the Wool books. This book has two narrative strands: Silo 1 in the mid-twenty-fourth century, and Silo 17 in the early to mid-twenty-fourth century. In Silo 1, Donald is surprised to be woken by workers who believe he is Thurman; he is needed because of problems with Silo 18 that stem from Jules’ refusal to clean. But he soon realises that those in power are not what they seem: “He used to think of these people as shrinks, that they were here to keep others sane. Now he knew that they were in charge of the insanity.” As he accesses files to learn the background information on Jules, on Silo 17 and Silo 40, he also uncovers yet more shocking truths, truths that cause him to take some drastic action. The narrative in Silo 17 starts with the Great Loud, when Jimmy Parker, son of IT shadow, Russ Parker, is just sixteen and follows his life through the years to Jules’ arrival at the Silo. Young Jimmy has had to face some horrific events in order to survive, and learned much from the books of The Order and The Legacy during his journey. Once again, Howey creates characters that the reader can identify with, and draws parallels between the political world of old with its titular head and its power brokers, and the one created in the Silos. “Donald was reminded of how each silo has a mayor for shaking hands and keeping up appearances, just as the world of before had presidents who came and went. Meanwhile, it was the men in the shadows who wielded the true power, those whose terms had no limits.” Howey also leaves just enough untold to intrigue the reader to seek out the final instalment of the Silo series, Dust. An excellent read.

Hugh Howey spent eight years living on boats and working as a yacht captain for the rich and famous. It wasn't until the love of his life carried him away from these vagabond ways that he began to pursue literary adventures, rather than literal ones. Hugh wrote and self-published the Wool trilogy, which won rave reviews and praise from readers, and whose three books have gone on to become international bestsellers. He lives in Jupiter, Florida, with his wife Amber and their dog Bella.