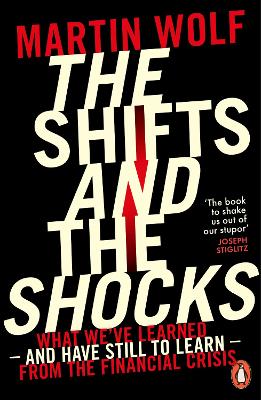 The Shifts and the Shocks

Description - The Shifts and the Shocks by Martin Wolf

There have been many books that have sought to explain the causes and courses of the financial and economic crisis which began in 2007-8.The Shifts and the Shocksis not another detailed history of the crisis, but the most persuasive and complete account yet published of what the crisis should teach us us about modern economies and economics.

The book identifies the origin of the crisis in the complex interaction between globalization, hugely destabilizing global imbalances and our dangerously fragile financial system. It also shows how much of the orthodoxy that shaped monetary and financial policy before the crisis occurred was complacent and wrong. In doing so, it mercilessly reveals the failures of the financial, political and intellectual elites who ran the system. The book also examines what has been done to reform the financial and monetary systems since the worst of the crisis passed. Wolf explains with great clarity why further crises seem certain and provides far more ambitious and comprehensive plans for reform than any currently being implemented.

With a new afterword.

'A magisterial overview of the financial crisis and its aftermath.'David Kynaston,Guardian,Books of the Year

'Just when you thought everything that could be said about the crisis had been said, Wolf adds something new.'Andrew Ross Sorkin,The New York Times

'A call for radical reform . . . six years after the crisis, he argues, the world economy is stuck in low gear and set on an unsustainable course. He puts forward a series of reforms far bolder than governments have contemplated so far.'Economist

'Learned and well-informed . . . an excellent survey of how we arrived at the mess we're in.' Paul Krugman,The New York Review of Books

'Wolf is unsurpassed in the world of economic journalists. His superb book may be the best of all those spawned by the Great Recession.'Lawrence Summers

Buy The Shifts and the Shocks by Martin Wolf from Australia's Online Independent Bookstore, Boomerang Books.

Other Editions - The Shifts and the Shocks by Martin Wolf 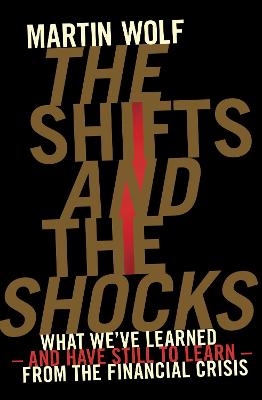 Book Reviews - The Shifts and the Shocks by Martin Wolf

» Have you read this book? We'd like to know what you think about it - write a review about Shifts and the Shocks book by Martin Wolf and you'll earn 50c in Boomerang Bucks loyalty dollars (you must be a Boomerang Books Account Holder - it's free to sign up and there are great benefits!)

Martin Wolf is Chief Economics Commentator at the Financial Times. He has been visiting professor at Oxford and Nottingham universities, a fellow of the World Economic Forum in Davos, and a member of the UK's Vickers Commission on Banking, which reported in 2011. His books include Why Globalization Works and Fixing Global Finance. In 2000, he was awarded the CBE for services to financial journalism, and in 2012 he received the Ischia International Journalism Award.

A Preview for this title is currently not available.
More Books By Martin Wolf
View All