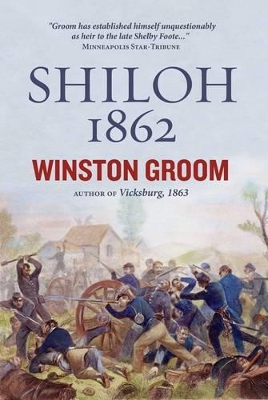 The First Great and Terrible Battle of the Civil War

A main selection in History Book-of-the-Month Club and alternate selection in Military Book-of-the-Month Club. In the spring of 1862, many Americans still believed that the Civil War, ""would be over by Christmas."" The previous summer in Virginia, Bull Run, with nearly 5,000 casualties, had been shocking, but suddenly came word from a far away place in the wildernesses of Southwest Tennessee of an appalling battle costing 23,000 casualties, most of them during a single day. It was more than had resulted from the entire American Revolution. As author Winston Groom reveals in this dramatic, heart-rending account, the Battle of Shiloh would singlehandedly change the psyche of the military, politicians, and American people--North and South--about what they had unleashed by creating a Civil War. In this gripping telling of the first ""great and terrible"" battle of the Civil War, Groom describes the dramatic events of April 6 and 7, 1862, when a bold surprise attack on Ulysses S. Grant's encamped troops and the bloody battle that ensued would alter the timbre of the war. The Southerners struck at dawn on April 6th, and Groom vividly recounts the battle that raged for two day

Other Editions - Shiloh, 1862 by Winston Groom 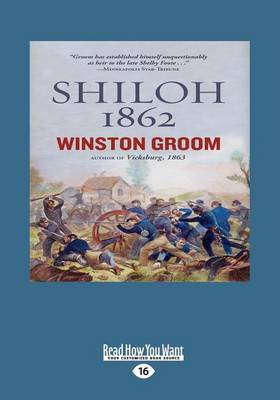 » Have you read this book? We'd like to know what you think about it - write a review about Shiloh, 1862 book by Winston Groom and you'll earn 50c in Boomerang Bucks loyalty dollars (you must be a Boomerang Books Account Holder - it's free to sign up and there are great benefits!)

WINSTON GROOM is the author of fourteen previous books, including Patriotic Fire, Shrouds of Glory, Forrest Gump, and Conversations with the Enemy (with Duncan Spencer), which was a Pulitzer Prize finalist. He lives with his wife and daughter in Point Clear, Alabama.

A Preview for this title is currently not available.
More Books By Winston Groom
View All

The Patriots: Alexander Hamilton, Thomas Jefferson, John Adams, and the Making of America
$63.00 $70.00