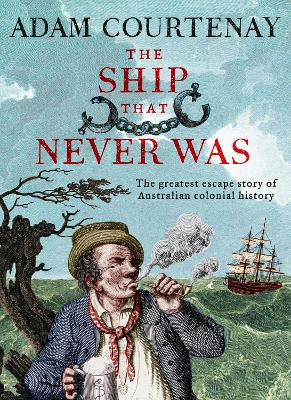 The Ship That Never Was

Description - The Ship That Never Was by Adam Courtenay

In 1823, cockney sailor and chancer James Porter was convicted of stealing a stack of beaver furs and transported halfway around the world to Van Diemen's Land. After several escape attempts from the notorious penal colony, Porter, who told authorities he was a 'beer-machine maker', was sent to Macquarie Harbour, known in Van Diemen's Land as hell on earth.

Many had tried to escape Macquarie Harbour; few had succeeded. But when Governor George Arthur announced that the place would be closed and its prisoners moved to the new penal station of Port Arthur, Porter, along with a motley crew of other prisoners, pulled off an audacious escape. Wresting control of the ship they'd been building to transport them to their fresh hell, the escapees instead sailed all the way to Chile. What happened next is stranger than fiction, a fitting outcome for this true-life picaresque tale.

The Ship That Never Was is the entertaining and rollicking story of what is surely the greatest escape in Australian colonial history. James Porter, whose memoirs were the inspiration for Marcus Clarke's For the Term of his Natural Life, is an original Australian larrikin whose ingenuity, gift of the gab and refusal to buckle under authority make him an irresistible anti-hero who deserves a place in our history.

Buy The Ship That Never Was by Adam Courtenay from Australia's Online Independent Bookstore, Boomerang Books.

Other Editions - The Ship That Never Was by Adam Courtenay 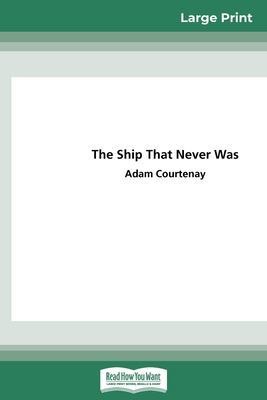 Book Reviews - The Ship That Never Was by Adam Courtenay

» Have you read this book? We'd like to know what you think about it - write a review about Ship That Never Was book by Adam Courtenay and you'll earn 50c in Boomerang Bucks loyalty dollars (you must be a Boomerang Books Account Holder - it's free to sign up and there are great benefits!)

The Ghost And The Bounty Hunter: William Buckley, John Batman And The Theft Of Kulin Country
$25.49 $29.99