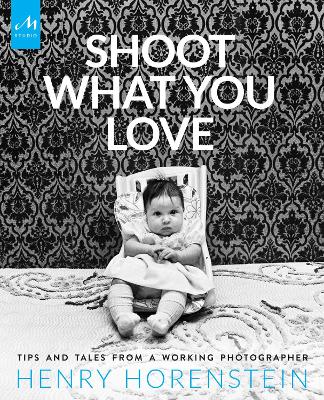 Shoot What You Love

Description - Shoot What You Love by Henry Horenstein

More important than what Henry has done is when he did it. When he began his career, photography was widely considered a trade and not a fine art. Prior to the 1970s, even great photographers were not considered artists, except perhaps by themselves and a few others. They worked for hire- Henry Cartier-Bresson was a photojournalist; Diane Arbus shot fashion and magazine stories; Irving Penn, fashion and advertising. Even Ansel Adams ran a portrait studio early in his career and was a Polaroid consultant. Few museums had serious photography collections, and there were only a dozen or so photography graduate programs in the US. Many colleges, including the University of Chicago, where Henry studied history, didn't teach photography at all. Photographic education was limited to trade schools, apprenticeships, camera clubs, and the military. All this changed in the 1970s, about the time Henry was beginning his career. The 1976 exhibition Photography Until Now at the Museum of Modern Art signaled the acceptance of photography in a wider art world. That said, the photographer (now artist) had to work to make a living and had to figure out a career path. Henry's first love was history, which led him to make a variety of documentary photographs. These oarto projects were personally driven, not assigned. It was Harry Callahan, with whom he studied at the Rhode Island School of Design, who told him to oShoot what you love. Even if you get bad photographs, you'll have a good time.o

Book Reviews - Shoot What You Love by Henry Horenstein

» Have you read this book? We'd like to know what you think about it - write a review about Shoot What You Love book by Henry Horenstein and you'll earn 50c in Boomerang Bucks loyalty dollars (you must be a Boomerang Books Account Holder - it's free to sign up and there are great benefits!)

Henry Horenstein (born 1947, New Bedford, Massachusetts) is an American artist photographer. Henry Horenstein has worked as a photographer, teacher, and author since the early 1970s. He is the author of over 30 books, including a series of photographic textbooks that have been used by hundreds of thousands of students over the past 30 years (combined sales for the text books are close to a million copies). In 2003, Chronicle Books published Honky Tonk, Horenstein's documentary survey of country music during the late 1970s and early 1980s. Honk Tonk was also presented as an exhibition by the Smithsonian's National Museum of American History in 2006. His work has been collected by many institutions including the Smithsonian Institution's National Museum of American History, Washington, D.C.; the George Eastman House, Rochester, New York; the Museum of Fine Arts, Boston; Library of Congress; the Museum of Fine Arts, Houston; and the High Museum of Art in Atlanta, Georgia. Henry Horenstein currently lives in Boston and teaches at the Rhode Island School of Design. His work is represented by Gallery 339 in Philadelphia, PA.

A Preview for this title is currently not available.
More Books By Henry Horenstein
View All