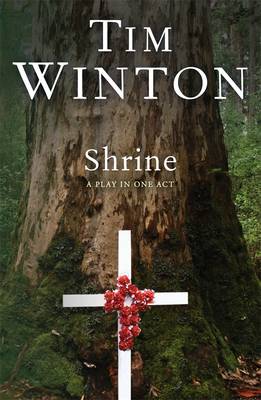 Shrine: A Play In One Act

Description - Shrine: A Play In One Act by Tim Winton

A year after the death of their son Jack in an early-morning car crash, Adam and Mary Mansfield are still struggling with what happened. Adam has sold his winery, and his trips to the beach house have become more frequent - anything to avoid Mary's silent suffering. One day he encounters a young woman he used to employ as a cellarhand. June knows her way around a vineyard, and she also knows a lot about Jack. It's a story she needs to share with Adam, the story of his son's final hours.

Set above the rocky headlands of the south coast of Western Australia, between forest and sea, Tim Winton's third play untangles a domestic heartbreak that has morphed into mythology, in a landscape inhabited by ghosts.
'Tim Winton at his very best.' Theatre Australia

'A hypnotic rhapsody of love and pain. You can almost taste the seawater.' Colosoul Magazine

Book Reviews - Shrine: A Play In One Act by Tim Winton

» Have you read this book? We'd like to know what you think about it - write a review about Shrine: A Play In One Act book by Tim Winton and you'll earn 50c in Boomerang Bucks loyalty dollars (you must be a Boomerang Books Account Holder - it's free to sign up and there are great benefits!)

Like Water For Chocolate
Laura Esquivel
$18.39 $22.99
More Books By Tim Winton
View All