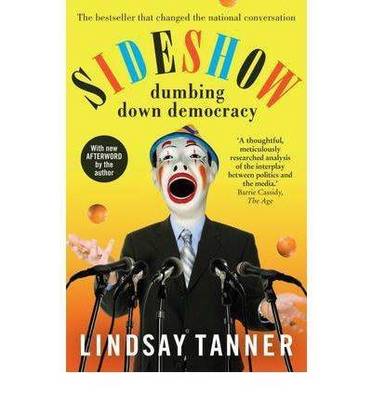 'After spending much of my life dedicated to the serious craft of politics, I have to admit that I am distressed by what it is becoming. Under siege from commercial pressures and technological innovation, the media are retreating into an entertainment frame that has little tolerance for complex social and economic issues. In turn, politicians and parties are adapting their behaviour to suit the new rules of the game - to such an extent that the contest of ideas is being supplanted by the contest for laughs.''The two key rules that now govern the practice of Australian politics are- (1) Look like you're doing something; and (2) Don't offend anyone who matters. These imperatives are a direct consequence of the interaction between media coverage and political activity - the aggregated outcome of countless individuals acting rationally in pursuit of their own interests. The sideshow syndrome, the overall result of these actions, is a direct threat to the nation's well-being.'When Lindsay Tanner resigned in 2010 as the ALP's federal minister for finance and member for Melbourne, having had an 18-year career as an MP, he notably managed to retire with his reputation for integrity intact. In Sideshow, he lays bare the relentless decline of political reporting and political behaviour that occurred during his career. Part memoir, part analysis, and part critique, Sideshow is a unique book that tackles the rot which has set in at the heart of Australian public life.'A thoughtful, meticulously researched analysis of the interplay between politics and the media.' Barrie Cassidy

» Have you read this book? We'd like to know what you think about it - write a review about Sideshow: Dumbing Down Democracy book by Lindsay Tanner and you'll earn 50c in Boomerang Bucks loyalty dollars (you must be a Boomerang Books Account Holder - it's free to sign up and there are great benefits!)

Lindsay Tanner was the minister for finance and deregulation in the Rudd - Gillard governments, and held the seat of Melbourne for the ALP from 1993 to 2010. Having retired from politics at the 2010 federal election, he is now a special adviser to Lazard Australia, and a vice-chancellor's fellow and adjunct professor at Victoria University. Mr Tanner is the author of several previous books, including the bestselling Sideshow (2011) and Crowded Lives (2003)

A Preview for this title is currently not available.
More Books By Lindsay Tanner
View All 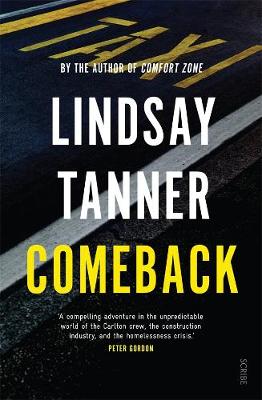 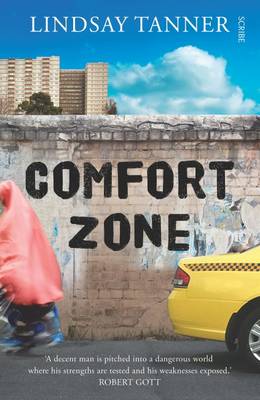 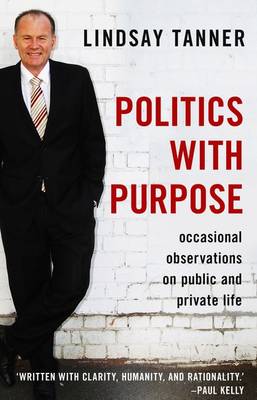