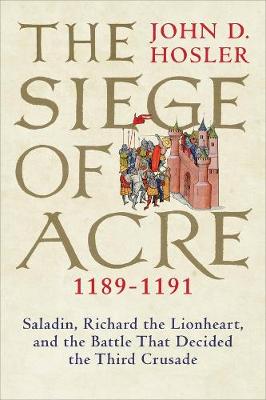 Saladin, Richard the Lionheart, and the Battle That Decided the Third Crusade

The two-year-long siege of Acre (1189-1191) was the most significant military engagement of the Third Crusade, attracting armies from across Europe, Syria, Mesopotamia, Egypt, and the Maghreb. Drawing on a balanced selection of Christian and Muslim sources, historian John D. Hosler has written the first book-length account of this hard-won victory for the Crusaders, when England's Richard the Lionheart and King Philip Augustus of France joined forces to defeat the Egyptian Sultan Saladin. Hosler's lively and engrossing narrative integrates military, political, and religious themes and developments, offers new perspectives on the generals, and provides a full analysis of the tactical, strategic, organizational, and technological aspects on both sides of the conflict. It is the epic story of a monumental confrontation that was the centerpiece of a Holy War in which many thousands fought and died in the name of Christ or Allah.]]> » Have you read this book? We'd like to know what you think about it - write a review about Siege of Acre, 1189-1191 book by John D. Hosler and you'll earn 50c in Boomerang Bucks loyalty dollars (you must be a Boomerang Books Account Holder - it's free to sign up and there are great benefits!)

John D. Hosler is associate professor of military history at the Command and General Staff College at Fort Leavenworth, Kansas. His previous books include Henry II: A Medieval Soldier at War, 1147-1189. He lives in Kansas City, KS.

A Preview for this title is currently not available.
More Books By John D. Hosler
View All 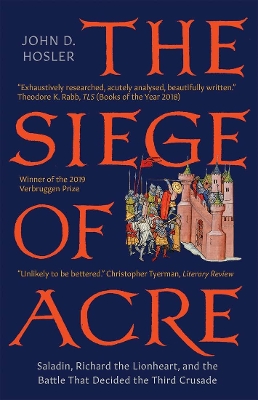