Tales of the City 5

Description - Significant Others by Armistead Maupin

The fifth volume in the acclaimed Tales of the City series.

Soon to be a Netflix series starring Ellen Page and Laura Linney . . .

A holiday in the redwoods goes uproariously awry when the opposing sexes camp out rather too close to each other for comfort.

Among those entangled in the mayhem are DeDe Halcyon, reformed debutante, troubled house-husband Brian Hawkins, and the irrepressible Michael 'Mouse' Tolliver (arguably Maupin's most beloved creation).

Significant Others, the fifth self-contained chronicle in the Tales of the City saga, is a cunningly observed class comedy that's sure to be relished by the cognoscenti and by new readers alike.

Other Editions - Significant Others by Armistead Maupin 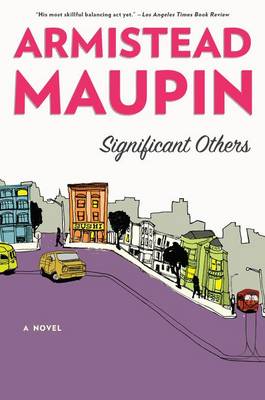 » Have you read this book? We'd like to know what you think about it - write a review about Significant Others book by Armistead Maupin and you'll earn 50c in Boomerang Bucks loyalty dollars (you must be a Boomerang Books Account Holder - it's free to sign up and there are great benefits!)

Armistead Maupin was born in Washington, D.C. in 1944 but was brought up in Raleigh, North Carolina. A graduate of the University of North Carolina, he served as a naval officer in Vietnam before moving to California in 1971 as a reporter for the Associated Press. In 1976 he launched his daily newspaper serial, Tales of the City, in the San Francisco Chronicle. The first fiction to appear in an American daily for decades, Tales grew into an international sensation when compiled and rewritten as novels. Maupin's six-volume Tales of the City sequence - Tales of the City, More Tales of the City, Further Tales of the City, Babycakes, Significant Others and Sure of You - are now multi-million bestsellers published around the world. He is also the author of two other bestselling novels, Maybe the Moon and The Night Listener, which was recently made into a film starring Robin Williams and Toni Collette. He lives in San Francisco, California. fficial Author Web Site- www.ArmisteadMaupin.com