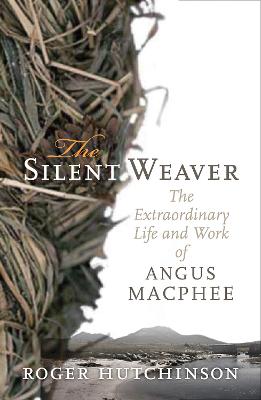 The Extraordinary Life and Work of Angus MacPhee

In September 1939, groups of horsemen in battledress cantered down a broad, grassy plain on the western edge of Europe. The young men of the Western Isles were going to war again. They included a tall, shy 24-year-old called Angus MacPhee (1916-97). Angus returned from war alive but in chronic mental pain and was referred to the asylum in Inverness, where he spent the next 50 years of his life there. During his time at Craig Dunain Hospital, he retreated into his own silent world, and did not speak again until shortly before his death. But 'the quiet big man' as he was known spent his time creating a huge number of objects out of woven grass, sheep's wool and beach leaves - mostly clothes, caps and hats - which he then let decay or deliberately burned. Only when an art therapist discovered him and his miraculous creations were some of them preserved for posterity. And only then did Angus MacPhee come home to South Uist, where he died a year later. The Silent Weaver is a rich, moving and enthralling exploration of mental health, the creative process, human frailty and ancient traditions.

» Have you read this book? We'd like to know what you think about it - write a review about Silent Weaver book by Roger Hutchinson and you'll earn 50c in Boomerang Bucks loyalty dollars (you must be a Boomerang Books Account Holder - it's free to sign up and there are great benefits!)

Roger Hutchinson is an award-winning author and journalist. After working as an editor in London, in 1977 he joined the West Highland Free Press in Skye. Since then he has published thirteen books, including Polly: the True Story Behind Whisky Galore. He is still a columnist for the WHFP, and has written for BBC Radio, The Scotsman, The Guardian, The Herald and The Literary Review .His book The Soap Man (Birlinn 2003) was shortlisted for the Saltire Scottish Book of the Year (2004) and the bestselling Calum's Road (2007) was shortlisted for the Royal Society of Literature's Ondaatje Prize.

A Preview for this title is currently not available.
More Books By Roger Hutchinson
View All