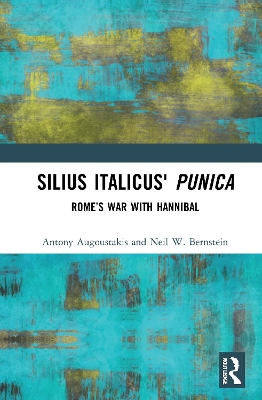 This book offers, in one volume, a modern English translation of all 17 books of Silius Italicus' Punica.

Composed in the first century CE, this epic tells the story of the Second Punic War between Rome and Hannibal's Carthage (218-202 BCE). It is not only a crucial text for students of Flavian literature, but also an important source for anyone studying early Imperial perspectives on the Roman Republic. The translation is clear and comprehensible, while also offering an accurate representation of the Latin text.

Augmented by a scholarly introduction, extensive notes, glossary and a comprehensive bibliography (included in the introduction), this volume makes the text accessible and relevant for students and scholars alike.

» Have you read this book? We'd like to know what you think about it - write a review about Silius Italicus' Punica: Rome's War with Hannibal book by Antony Augoustakis and you'll earn 50c in Boomerang Bucks loyalty dollars (you must be a Boomerang Books Account Holder - it's free to sign up and there are great benefits!)


A Preview for this title is currently not available.
More Books By Antony Augoustakis
View All