A moving tale of survival, heroism and the courage of children, as Ruth, Edek and Bronia hunt for their parents across the battlefields of Europe

'If you meet Ruth or Edek or Bronia, you must tell them I'm going to Switzerland to find their mother. Tell them to follow as soon as they can'

Having lost their parents in the chaos of war, Ruth, Edek and Bronia are left alone to fend for themselves and hide from the Nazis amid the rubble and ruins of their city. They meet a ragged orphan boy, Jan, who treasures a paperknife - a silver sword - which was entrusted to him by an escaped prisoner of war. The three children realise that the escapee was their father, the silver sword a message that he is alive and searching for them. Together with Jan they begin a dangerous journey across the battlefields of Europe to find their parents.

BACKSTORY- Read a letter from the author's daughter and find out about the amazing true stories that inspired The Silver Sword.

Other Editions - The Silver Sword by Ian Serraillier 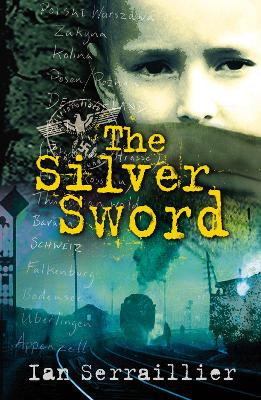 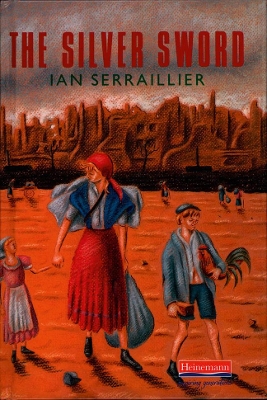 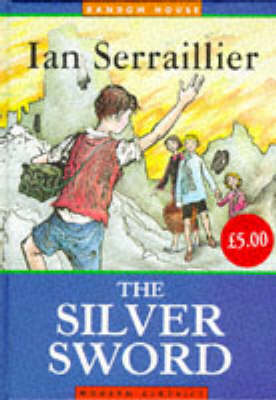 View all editions of The Silver Sword by Ian Serraillier

» Have you read this book? We'd like to know what you think about it - write a review about Silver Sword book by Ian Serraillier and you'll earn 50c in Boomerang Bucks loyalty dollars (you must be a Boomerang Books Account Holder - it's free to sign up and there are great benefits!)

Ian Serraillier was born in London in 1912, the eldest of four children. When he was only six years old, Ian's father died, and as his mother was often not very well, he looked after his younger siblings, especially during their long summer holidays in Switzerland. After university, he became a teacher and a writer. When the Second World War broke out, Ian refused to fight, because he believed it is wrong to kill another person. Many people who believed this were sent to prison, but fortunately Ian was allowed to continue to teach. After the war, the newspapers were full of picture of the ruined cities of Europe, and the children who had been orphaned or made homeless by the war. Ian was determined to tell their story. Ruth, Edek, Jan and Bronia are all based on real children, and even the silver sword paper knife was real. Ian Serraillier wrote many children's books but The Silver Sword is his most famous and most beloved, and it has never been out of print.