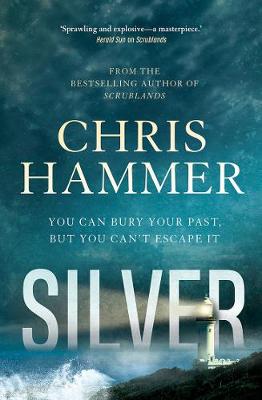 'Chris Hammer is a great writer - a leader in Australian noir.' - Michael Connelly

For half a lifetime, journalist Martin Scarsden has run from his past. But now there is no escaping.

He'd vowed never to return to his hometown, Port Silver, and its traumatic memories. But now his new partner, Mandy Blonde, has inherited an old house in the seaside town and Martin knows their chance of a new life together won't come again.

Martin arrives to find his best friend from school days has been brutally murdered, and Mandy is the chief suspect. With the police curiously reluctant to pursue other suspects, Martin goes searching for the killer. And finds the past waiting for him.

He's making little progress when a terrible new crime starts to reveal the truth. The media descend on Port Silver, attracted by a story that has it all: sex, drugs, celebrity and religion. Once again, Martin finds himself in the front line of reporting.

Yet the demands of deadlines and his desire to clear Mandy are not enough: the past is ever present.

An enthralling and propulsive thriller from the acclaimed and bestselling author of Scrublands.

Other Editions - Silver by Chris Hammer 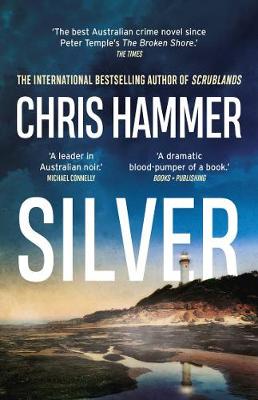 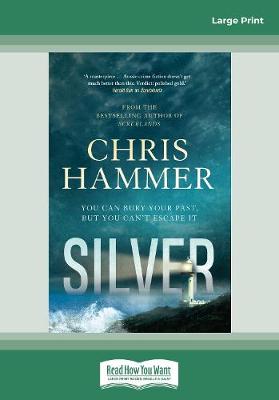 » Have you read this book? We'd like to know what you think about it - write a review about Silver book by Chris Hammer and you'll earn 50c in Boomerang Bucks loyalty dollars (you must be a Boomerang Books Account Holder - it's free to sign up and there are great benefits!)

5 stars “Somewhere in all of this, there is a terrific story, one that’s screaming to be told. It’s not the staggering criminality of Riversend, but it’s certainly something to capture the imagination: murder and mystery, drugs and sex, celebrity and religion, all unfolding against a backdrop of real estate speculation, small-town ambitions and big-time money.”

Silver is the sequel to award-winning Australian author Chris Hammer’s first Martin Scarsden novel, Scrublands. Having just finished writing a true-crime book about the murders in the drought-ridden town of Riversend, Martin Scarsden heads to Port Silver to join Mandalay Blonde and her son, Liam. The town where he grew up, the place to which he never intended to return: as he drives through, he notes some modernisation, and wonders how much has really changed.

But at the townhouse Mandy is renting, he walks straight into a murder scene: a just-stabbed man lies face-down in a pool of blood. Martin is shocked to learn it is his childhood friend, Jasper Speight who, it seems was coming to see him. The real estate agent, Martin learns, was heavily involved in persuading landowners into the subdivision of the coastal strip while vehemently opposed to any development of Mackenzie’s swamp. The religious postcard tightly gripped in his dead hand is a puzzle.

Mandy, though, has blood on her hands, and Martin’s first priority is to prove his lover’s innocence; if there’s a story in it, that will be a bonus. As he treads the town, chatting to locals, encountering old acquaintances, trying to ascertain who had motive for murder, Martin is reminded of the tragedies of his childhood and youth, and the reason he was in such a hurry to leave.

Then, just a few days later, another shocking event rocks the town, and Martin, on the spot, goes into journalist mode. It’s perhaps at the expense of his time with and for Mandy, but resisting the siren call of the story is difficult, even if the damage to his tender new relationship might be irreparable. After his errors of judgement in Riversend, Martin is wary of assuming too much from the known facts: a wise move, as each new revelation adds another wrinkle to the story.

Hammer gives the reader an intriguing plot with twists, red herrings and distractions, and many threads, which he manages to neatly draw together in the final pages. His characters are again familiar, easily believable, the sort a small town throws up, some with major flaws, all with minor ones. Has Martin now matured enough to make it work with Mandy?

Hammer’s depiction of the tropical north coast NSW town and its hinterland is excellent, and he has a marvellous turn of phrase: “The three of them, aged twelve, on the cusp of puberty, the tectonic shift to adolescence approaching, the girls and the drinking and the delinquency, the febrile hormones, the fractured families and fragile identities.” Once again, brilliant rural crime fiction. This unbiased review from an uncorrected proof copy provided by Allen&Unwin.