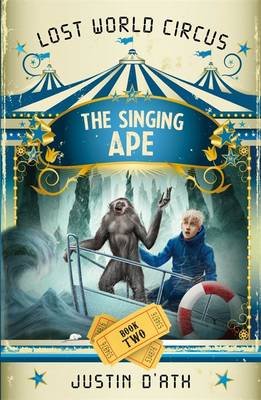 Caruso, the singing gibbon, has been sneaking out of his cage at night, and Colt thinks he knows why. Ever since he joined the Lost World Circus, he's been able to do all kinds of impossible things. He can understand animals, pick up an elephant and catch a helicopter. But is Colt strong enough to face what happens when he tries to set Caruso free once and for all?

An electrifying series from Justin D'Ath, author of the bestselling Extreme Adventures.

» Have you read this book? We'd like to know what you think about it - write a review about Singing Ape: The Lost World Circus Book 2 book by Justin D'Ath and you'll earn 50c in Boomerang Bucks loyalty dollars (you must be a Boomerang Books Account Holder - it's free to sign up and there are great benefits!)