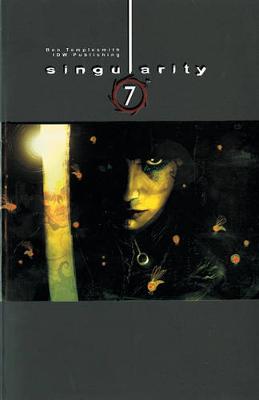 Revisit artist Ben Templesmith's (30 Days of Night) first solo creation! Earth is forever changed one dark summer night when tiny alien machines known as nanites drift down from outer space. They transform a normal human into a god-like being known as the Singularity, who drives the remnants of humanity underground and to the brink of extinction. Now Earth's only hope lies in the hands of a rag-tag group of "Specials" - humans mysteriously immune to the nanites' destructive power. The odds are stacked against them, but will a defector from the other side grant them the edge they need to prevail?

» Have you read this book? We'd like to know what you think about it - write a review about Singularity 7 book by Ben Templesmith and you'll earn 50c in Boomerang Bucks loyalty dollars (you must be a Boomerang Books Account Holder - it's free to sign up and there are great benefits!)